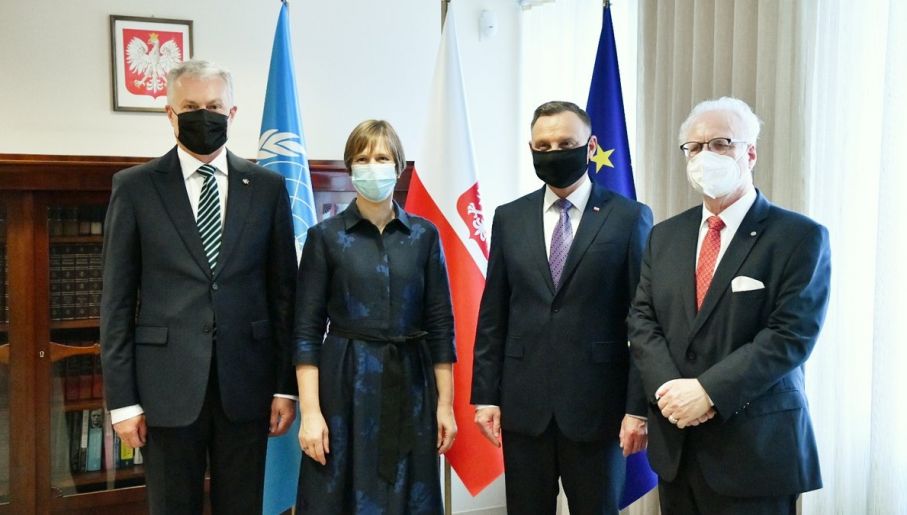 Poland’s head of the state Andrzej Duda on Wednesday met in New York City with the presidents of Estonia, Latvia and Lithuania to talk about further cooperation, the Three Seas Initiative and the situation in Belarus.

The President of Latvia posted his thanks to Andrzej Duda as the host of the meeting on social media. Mr Levits announced that the presidents talked about how to counteract the migratory pressure exerted by the regime of Alyaksandr Lukashenka and about the plans for the development of the Three Seas Initiative.

On Tuesday, speaking at the UN General Assembly, the Polish president accused Belarus of leading a hybrid attack against Poland, Lithuania and Latvia. He suggested that rich countries, including Poland, did not act in solidarity in the face of the pandemic, as well as in the face of the conflicts in Ukraine, Syria and Libya.