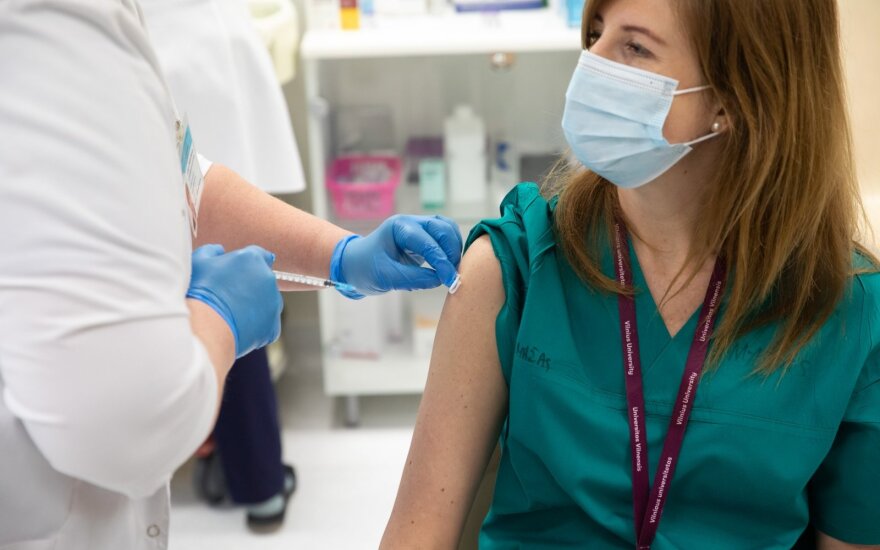 “There will be more vaccines in February. Obviously, the 50,000 new AstraZeneca vaccines that will start coming in in the second week of February, and that will mean that we will have twice as much vaccines in the last weeks of February than we had every January week on average,” he told the Ziniu Radijas news radio.

Krepsta says there’s a real possibility that there will be some days in the second half of February when 10,000 or more people will be vaccinated. In his words, the number of AstraZeneca vaccine dozes should go up to 200,000 in March, and Lithuania should also received more of BioNTech/Pfizer vaccine dozes.

“Obviously, the increase will be several times bigger in March, compared to February, and that will allow stepping up the vaccination process,” he said.

The president adviser believes that not only the number of vaccine dozes but also preparations for mass vaccination, a registration system and informing the public are key to ensuring a smooth process.

One should think about mass vaccination centers, Krepsta says, adding that as wide a group of people as possible should be covered, and also not only a digital system but also phone lines should be working.

“In March and April when we will have several hundred thousand vaccines every week, we will need to invite the same number of people to get the jabs, inform them, register, make a queue, and that will be a major challenge,” Krepsta said.