President of the IIHF: Lithuania will not claim to host the World Championship 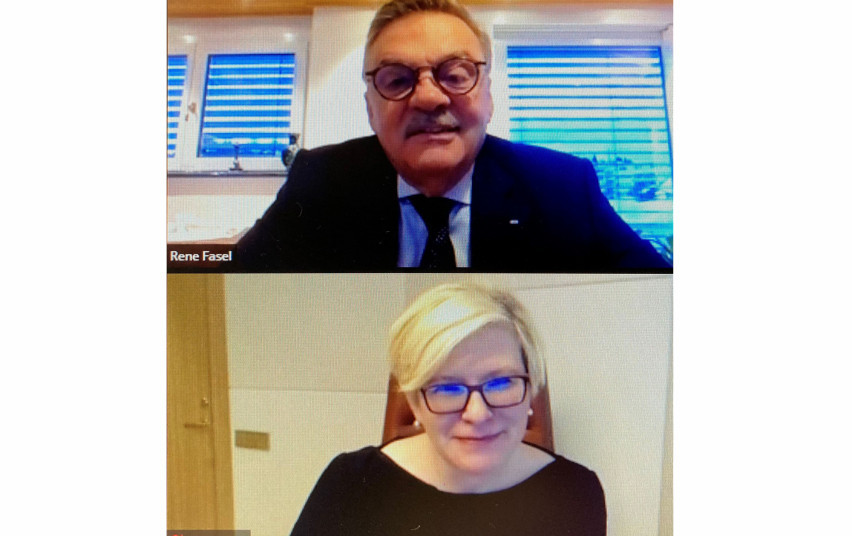 The International Hockey Federation (IIHF) will not consider Lithuania’s application to become a co-organizer of the 2021 World Championships, IIHF President René Fāzels said on Thursday.

Lithuanian Minister of Education, Science and Sport Jurgita Siugzdiniene said on Wednesday that the country sent official letters to the IIHF and Latvia with assurances of its readiness to co-host with Latvia the championship’s matches in the Lithuanian capital of Vilnius.

“This morning I had a video conference with [Lithuanian] Prime Minister [Ingrida Simonyte] and we discussed the situation,” Fasel said in an interview with TASS. “First of all, I want to thank very much the government of Lithuania that they are ready to help us.”

“We are already in discussions with Denmark, Latvia and Slovakia,” he continued. “We had experience in Denmark and Slovakia in 2018 and 2019.”

“Too much candidates really make no sense, but I really appreciate their [Lithuania’s] offer. The [IIHF] Council will have the choice only between Denmark, Latvia and Slovakia,” the IIHF president stated.

Fasel also said that the IIHF Council will hold a session on January 26 or 27 to decide on the new venue for matches of the 2021 Ice Hockey World Championship.

Matches of the 2021 IIHF World Championship in the Latvian capital of Riga and the Belarusian capital of Minsk were scheduled to be played between May 21 and June 6, 2021. However, various European public organizations called on the IIHF to relocate championship’s matches from Minsk due to a tense political situation in Belarus. Tournament’s sponsors also threatened to leave in case Belarus hosted the championship.

Minsk was scheduled to host all matches of the teams from Group A, as well as two quarterfinals, both semifinals and the match for the 3rd place.

The IIHF Council is set to consider three options to substitute cancelled matches in Belarus – Latvia’s Riga might host all matches of the championship or co-host it either with Denmark’s Herning or Slovakia’s Bratislava.

Last Friday, IIHF President Rene Fasel told TASS that Latvia offered to host all matches of the 2021 Ice Hockey Championship at two stadiums in Riga. Fasel also announced last week that a proposal to host championship’s matches came from Denmark and talks were underway with Slovakia as well.