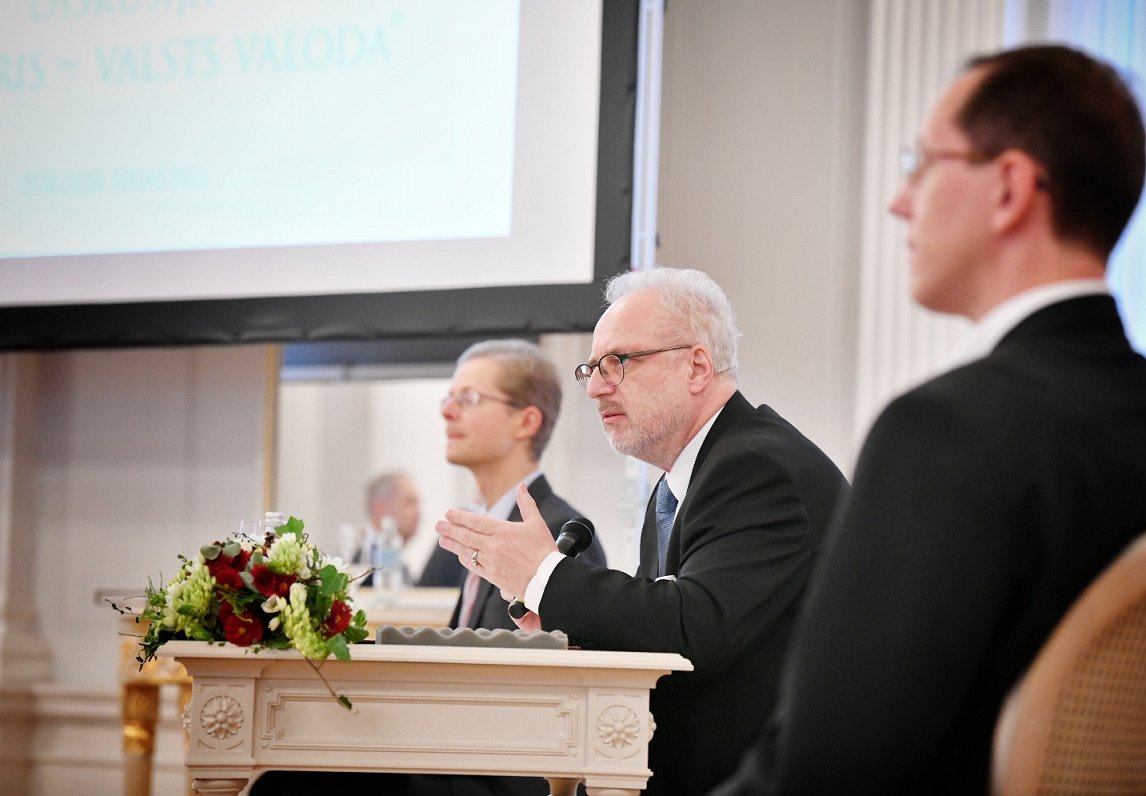 Latvian President Egils Levits on April 26 released the text of a letter he has written to the government demanding more action to promote the use of the Latvian language and repeatedly reiterating that it is the only language in which official business should be carried out.

While signing into law amendments to the Law on Higher Education Institutions adopted by the Saeima that allow greater use of the official European Union languages in study programs offered by universities he also also sent a formal letter to the Education Minister which contains heavy criticism of the way the law was drafted, adopted and shaped from a regulatory point of view.

“I have strong reservations about fast-tracking and last-minute decisions being made about the law governing our official language and higher education policy,” said the President.

The official language should be the first research and publishing language, he said: “The main objective here is to make sure Latvian is the language of science. That is how it has been and that is how it should be. We can maintain it only by making sure that research activities are conducted in Latvian.”

He also sent a separate letter to Prime Minister Krišjānis Kariņš in which he several times cites his own previous writings on the subject of the Latvian language and its constitutional status and makes numerous suggestions and demands regarding future language policy.

These include an annual report to be delivered to parliament in which a minister provides a summary of what’s been happening linguistically over the previous twelve months, reduced VAT on books written in Latvian and the funding of specialist proof-readers and editors in mass media.

Other things he urges goverment to consider at the present time include greater use of Latvian in artificial intelligence applications and a reminder about a previous project of his to designate October 15 as Official Language Day. The report to Saeima could be delivered on or around this date, he suggested.

“The tradition of celebrating this day should cover all groups of society and create favourable preconditions for strengthening the single official language positions of Latvian, its sustainability and further development. The]President also recommends the provision of an annual report of the Cabinet of Ministers on the official language to be prepared and discussed in the parliament,” said the Presidential press office.

“Latvian language is a treasured value of the Latvian nation, people and the state. That is why current national language policy deserves to be under wide public focus and parliamentary debate about its future is vital, because Saeima is the epicentre of our political life as a parliamentary democracy,” said Levits in his letter.