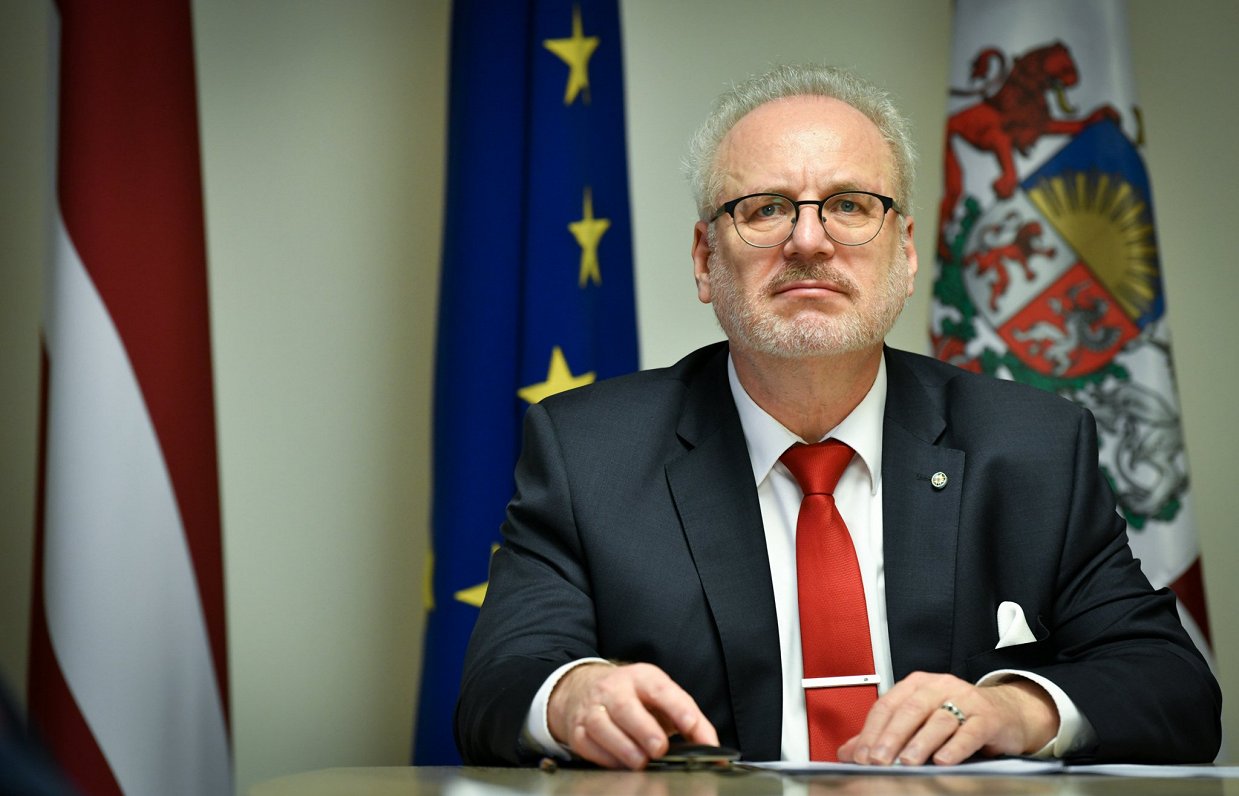 President Egils Levits entered the fray June 1 in the escalating face-off between the Saeima and the Constitutional Court over the fate of Varakļāni district.

“With yesterday’s vote of the Saeima on the affiliation of the current Varakļāni region, which is contrary to the [constitutional Court] judgment No. 2020-43-0106 of 28 May 2021, President Egils Levits convened a meeting of representatives of the coalition factions today,” said a release from the presidential chancellery.

Levits prides himself on his own constitutional knowledge and has even published a mammoth book which deals extensively with the subject.

However, in recent months, the Saeima and Constitutional Court have also clashed on other matters including the constitutional status of potential same-sex partnerships and marriages, and the “Varakļāni question” is just the latest example of rising tensions between the two state bodies.

Later, in a brief online address, Levits said yesterday’s Saeima vote “could cause a constitutional crisis” but was at pains to repeatedly state that as yet it was not a crisis.

“Latvia is a rule-of-law state and that means that all Constitutional Court judgments must be fulfilled and that includes being fulfilled by the Saeima,” the President said, adding that as President the Constitution also gave him certain powers to resolve the situation — though he stopped short of specifying these. Theoretically, such measures include dissolving the Saeima.

Levits said he had discussed with the parties ways of coming to a Saeima decision that was in line with the Constitution, and that such measures should be taken “soon”.

One possibility could be that the Saeima now decides on the future affiliation of the current Varakļāni region in accordance with the judgment of the Constitutional Court, and then the boundaries of the newly established regions can be adjusted by a new law. Another possibility could be that the current Varakļāni district is maintained as a separate local government during a transition period he outlined.

“We were all of one mind that a constitutional crisis cannot be allowed to happen,” Levits said.