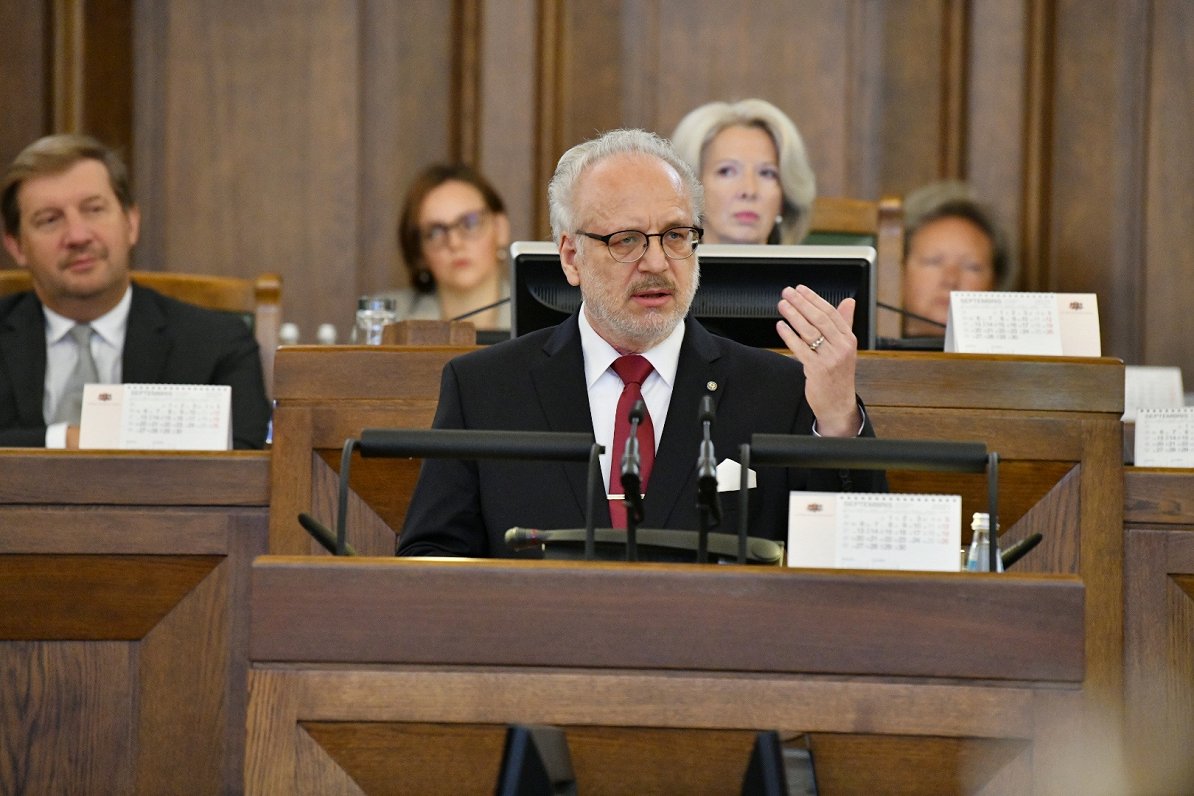 Latvian Television reported September 23 on a controversy involving State President Egils Levits and the possible exertion of undue pressure on parliamentarians to elect his preferred candidate to the Constitutional Court.

This week, the Saeima Legal Affairs Commission    supported the   nomination of Irēna Kucina,  chief adviser to Levits on legal matters  , to the position of a judge of the Constitutional Court. Her candidacy had been put forward by the Cabinet of Ministers. However, four deputies did not participate in the vote in the commission, including Inese Voika (Development/For!), who considered that the nomination procedure did not comply with the principles of good governance.

According to LTV, following the vote both Voika and party colleague Vita Tērauda were called by President Levits from his current trip to the United States. Citing several (though unnamed) sources LTV claimed Levits demanded during these conversations that the deputies ensure Development/For! support for Kucina. If they failed to do so, the President could publicly criticize party’s ministers and the government, which could even lead to its collapse, according to LTV’s description. The two deputies passed on the message to the parliamentary party.

“If you ask me for my personal opinion, I was unpleasantly surprised. It seems to me that this issue is not one that should involve emotional pressure before a decision is made,” said chairman of the Development/For! parliamentary faction Juris Pūce.

The deputies themselves did not want to comment on what Levits had or had not said in front of the camera.

“I told the group his view and what he asked me to do. The group discussed the issue but did not change its mind. There are still concerns about the process by which the Cabinet of Ministers came to its decision,” said Tērauda.

Asked whether the president’s actions were correct, the deputy said: “I will not comment on the content of the conversation. The president has a strong opinion, and he made it known, yes.”

Similarly, Inese Voika declined to go into detail about the transatlantic call from the head of state.