Preparing for war. Baltic region is a battlefield 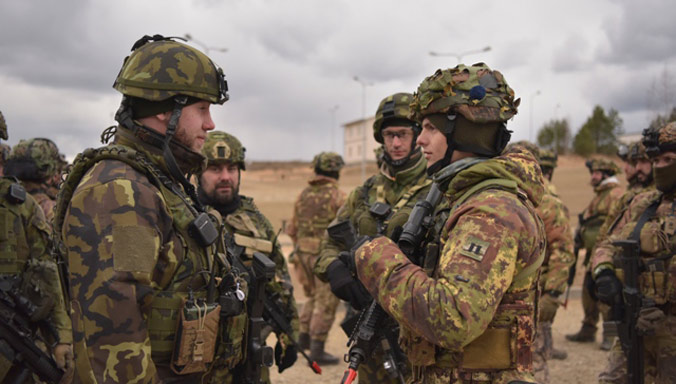 Currently, the processes of economic and geopolitical reorganization of the world are going on. Markers of these processes are terrorism, severe struggle for control over energy sources and information war.

International security system does not work. At the same time, global military spending is constantly growing. In 2020, it reached $1.93 trillion, that is $180 billion more than in 2010 ($1.75 trillion). NATO is the leader here.

The increasing of military exercises intensity near the Eastern borders makes our neighbors worry. Joint strategic exercises of the U.S. and NATO, such as “Defender Europe”, are planned to be held annually. Speaking about “Defender Europe”, it should be said that this exercise is considered the largest military exercise in Europe since the end of the Cold War. This year this exercise will take place in the late spring and early summer.

As part of NATO’s “Enhanced Forward Presence” operation, multinational battalion tactical groups with their own weapons and equipment have been deployed in the Baltic region on a rotational basis under the command of the U.S. in Poland, Canada in Latvia, Germany in Lithuania. In early January 2021, a special ceremony was held, at which the 2nd Battalion of the 8th Cavalry Regiment of the U.S. Army began an eight-month mission in Lithuania aimed at “Russian aggression” resistance in the Baltic region. During the ceremony, Lithuanian Defence Minister Arvydas Anušauskas emphasized that Lithuania is ready to ensure the permanence of the U.S. presence. It means that Lithuania wants the permanent presence of foreign troops on the territory of the state. In addition, there are plans to deploy the U.S. 5th Army Corps and tactical missile systems in Poland. Warsaw also intends to acquire American F-35A fighters. In total, on the territory of Poland and the Baltic States, there are about 8 thousand servicemen, about 100 tanks, over 160 armored combat vehicles, about 30 combat aircraft and helicopters.

Over the past 15 years, military infrastructure of the region has been brought in line with NATO standards. Airfields in Poland, Lithuania and Latvia were modernized. So, we can conclude that the measures taken by NATO and the United States to increase their presence in Poland and the Baltic States, as well as the modernization of the military infrastructure, is an expansion of the possibilities for the creation of forces for offensive operations in Europe in a short time.