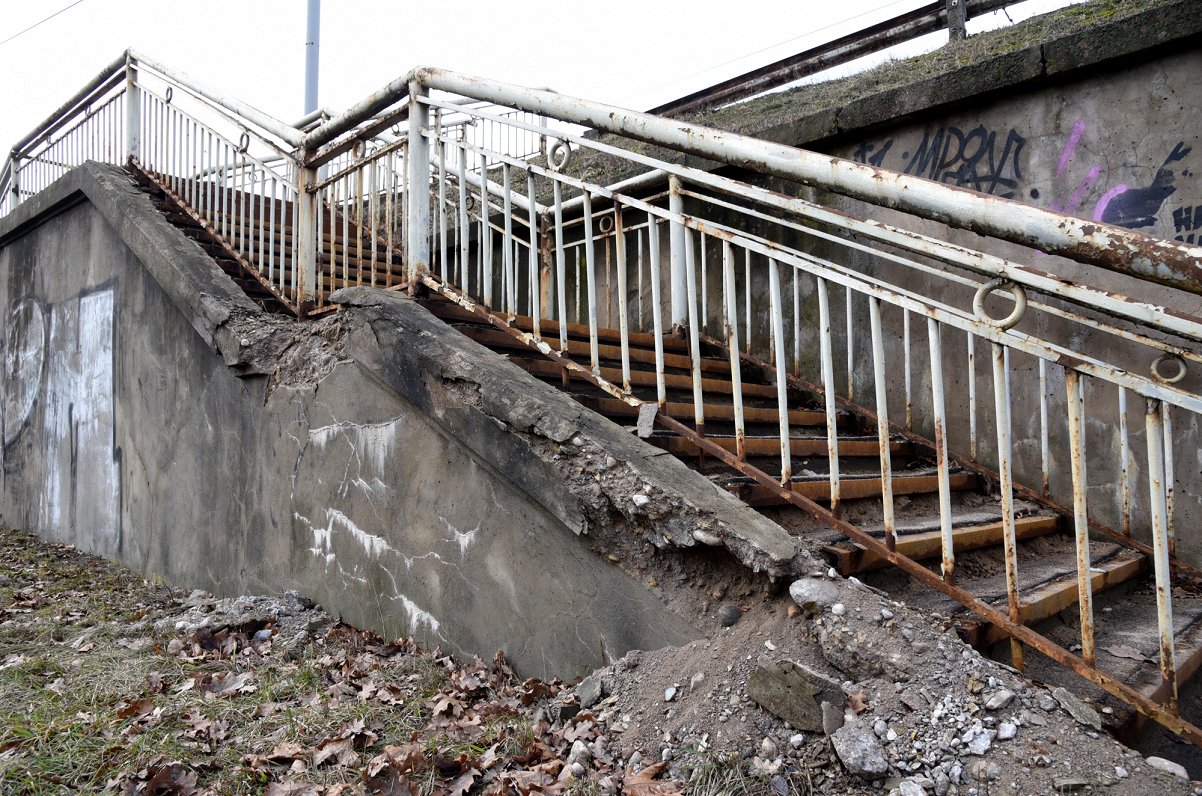 Preparations have been launched this week for the dismantling of the Brasa overpass on the side of Duntes Street, which could take approximately three months, the Riga City Council said July 21.

The dismantling is scheduled to start next week, involving the removal of three beams and plates installed between them, as well as the dismantling of sidewalk blocks.

Tram traffic will continue but, if hazards are detected during dismantling, suspension of traffic may be possible.

The movement of pedestrians on the Brasa overpass is already prohibited for safety reasons, but during the dismantling work it will also be prohibited in the pedestrian tunnels under the overpass.

The dismantling jobs are carried out by “Kauno tiltai” for EUR 586,303 without value-added tax.

The Brasa overpass had stood without repairs since its opening in 1959. In 2019 repair works began but soon were interrupted due to remains of buried bodies found under the bridge and due to the poor condition of the bridge.