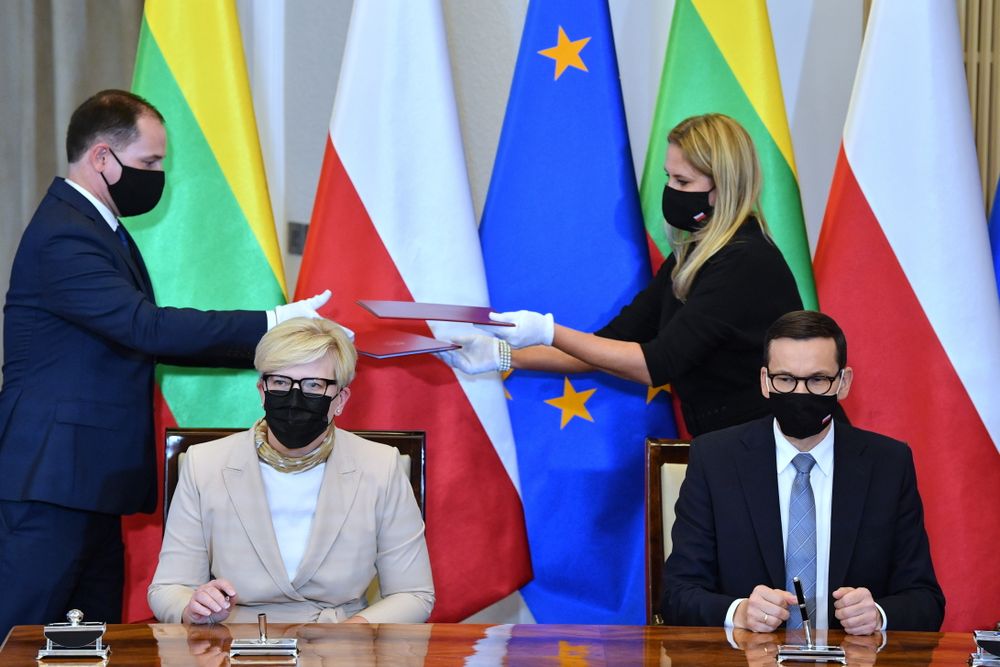 Poland and Lithuania have adopted a declaration on bilateral co-operation following an inter-governmental meeting on Friday chaired by the prime ministers of the two countries.

At a press conference Mateusz Morawiecki, the Polish prime minister, who stood alongside Ingrida Simonyte, his Lithuanian counterpart, said “our mutual security depends on our co-operation.”

“This is a further step towards closer economic, commercial, business and investment ties,” Morawiecki continued.

Morawiecki stressed that Polish-Lithuanian unity was necessary given today’s geopolitical challenges, and was also needed by the EU.

Referring to both countries’ problems with Middle Eastern migrants being pushed across their borders by Belarus in an apparent bid to destabilise the EU, Morawiecki said Poland and Lithuania expected a “protracted conflict scenario.”

“We expect further destabilisation attempts, and looking at the political and geopolitical situation around us and on our borders (with Belarus – PAP), we think that the threats may increase,” Morawiecki said.

Simonyte said Lithuania and Poland planned to pool forces to counter any threats, and called Poland’s support for her country in the migration crisis “priceless.”She also said that Lithuania and Poland speak “with one voice” and work together towards strengthening the EU’s frontiers against attacks.