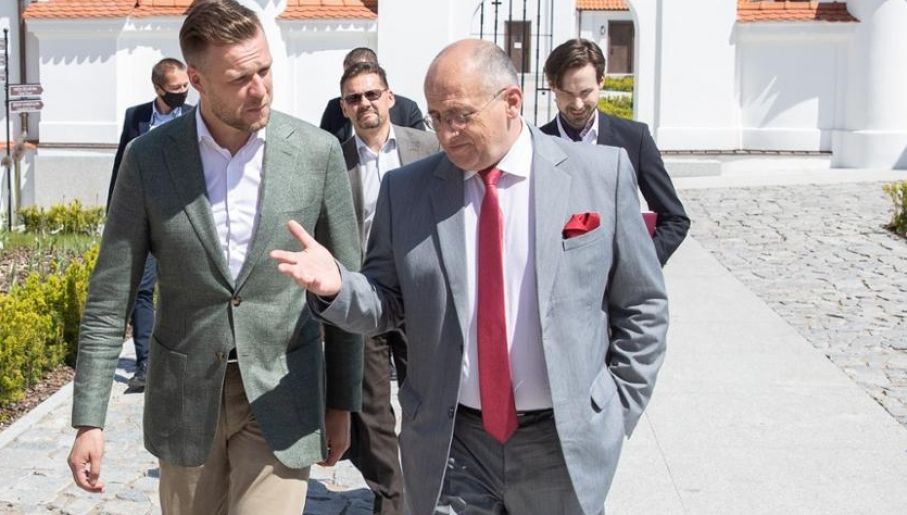 The Polish minister emphasised the key importance of the firm stance Poland and Lithuania showed in relation to the events in Belarus and Russia. He also drew attention to the “fantastic” condition of military cooperation between Warsaw and Vilnius shown inter alia in the “Declaration on strengthening the Polish-Lithuanian partnership in the field of security” signed by the Presidents of Poland and Lithuania in 2019.

Minister Rau stressed Poland’s contribution in ensuring the security of Lithuania, Latvia and Estonia through the successfully implemented Baltic Air Policing mission, in which Polish soldiers participated. He expressed his appreciation for Lithuania’s involvement in the Bucharest Nine (B9) as a format that plays an important role within NATO.

Gabrielius Landsbergis also met with the Lithuanian minority living in Sejny (north-east Poland). “During the meeting, Polish Lithuanians presented the most important problems related to Lithuanian education, the decreasing number of Lithuanian schools, the lack of quality textbooks in Lithuanian and insufficient financing of educational institutions,” Lithuanian Foreign Ministry stated.

“We maintain a constant dialogue with Polish central and local authorities; we want to resolve the issue of establishing a primary school in Suwałki (north-east Poland) and a cultural centre in Suwałki as soon as possible,” head of the Lithuanian Foreign Ministry said.