Polish and Estonian presidents agree on military and energy security 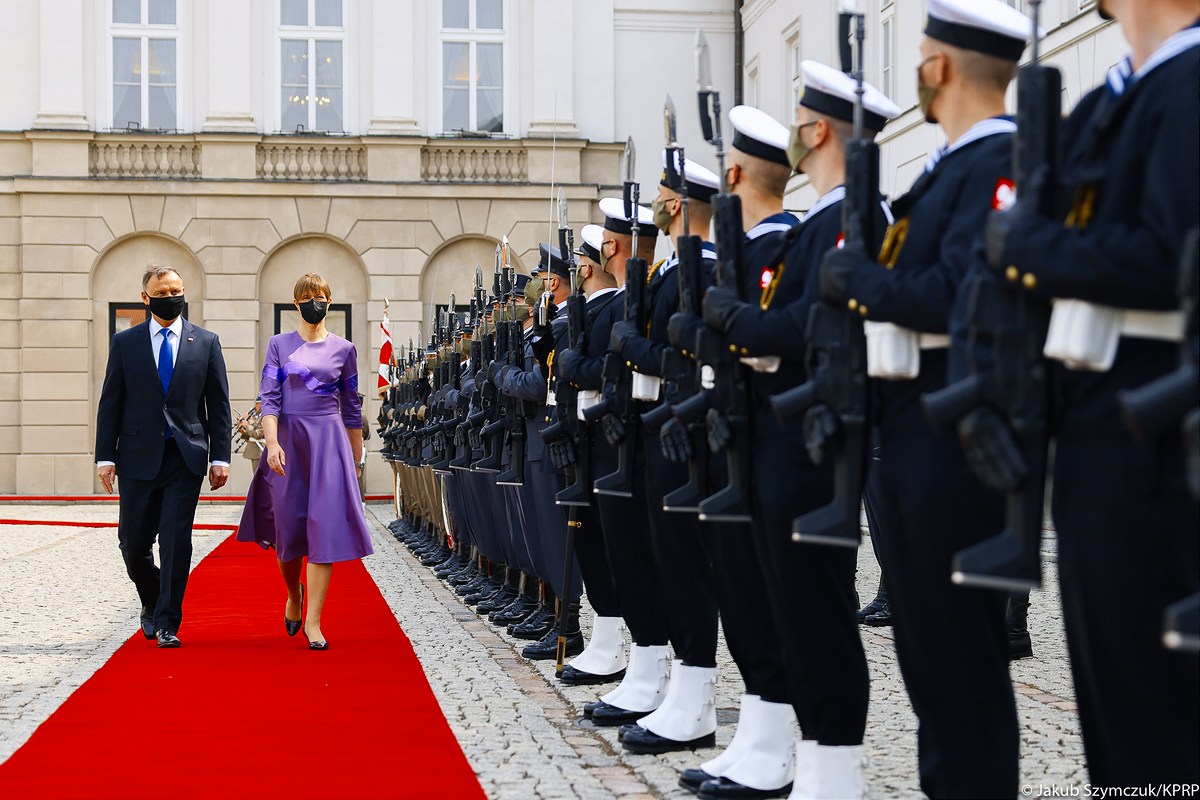 Polish President Andrzej Duda met with President Kersti Kaljulaid on Tuesday during the Estonian leader’s visit to Warsaw on occasion of the 230th anniversary of the May 3, 1791 Polish constitution. Their meeting concerned Central Europe and Ukraine’s security, as well as the situation in and surrounding Belarus.

Duda noted that in addition to Kaljulaid, the presidents of Lithuania, Latvia and Ukraine also visited Warsaw to participate in the commemoration of the anniversary. The Monday meeting with president Volodymyr Zelenskiy concerned Ukraine’s relations with Russia, and in particular, the recent concentration of Russian forces on the Ukrainian border.

“It seems that the situation is calming down, but undoubtedly this was a display of the efficiency and power of the Russian army. NATO should draw conclusions from this,” Duda said.

He added that the situation will also be the subject of discussion of the so-called Bucharest Nine (NATO Eastern flank members) and the NATO summit planned for June.

Duda also spoke about the difficult situation for Poles in Belarus and the persecution they are facing, such as the arrests of Polish activists who are Belarusian citizens. He underlined that the international community should be demanding their release.

The presidents of Poland and Estonia also discussed current economic cooperation. The Polish president noted that both countries had established a joint economic chamber and the meeting with its members on Tuesday concerned energy transformation and renewable energy.

Both presidents emphasized that energy transformation is a great challenge. In the case of Estonia, its energy is mostly based on oil, which means that transformation is necessary just as it is for Poland, which is searching for stable supplies of new energy sources. One source Poland is considering is LNG gas from the United States.

Duda pointed out that Poland and Estonia signed an agreement concerning building wind farms on the Baltic Sea. He also underlined the importance of cooperation as part of the Three Seas when it came to the exchange of experience in digital transformation in which Estonia is a leader.

President Kaljulaid stressed how much Estonia appreciates Poland’s input into NATO policy in the Baltic region, as well as in the talks about Ukraine’s current issues. She noted that Poland and Estonia share an understanding on the topic of regional security, problems concerning Russia and trans-Atlantic cooperation. The states also strongly work together as part of NATO and the EU.

“I truly appreciate how you have been engaged and cooperative when it comes to the dialogue with Ukraine and Ukraine’s problems. Our discussions are incredibly important because we must show solidarity towards all of our partners from across the Eastern border,” Kaljulaid stated.