Police break up unsanctioned protest at Freedom Monument in Rīga 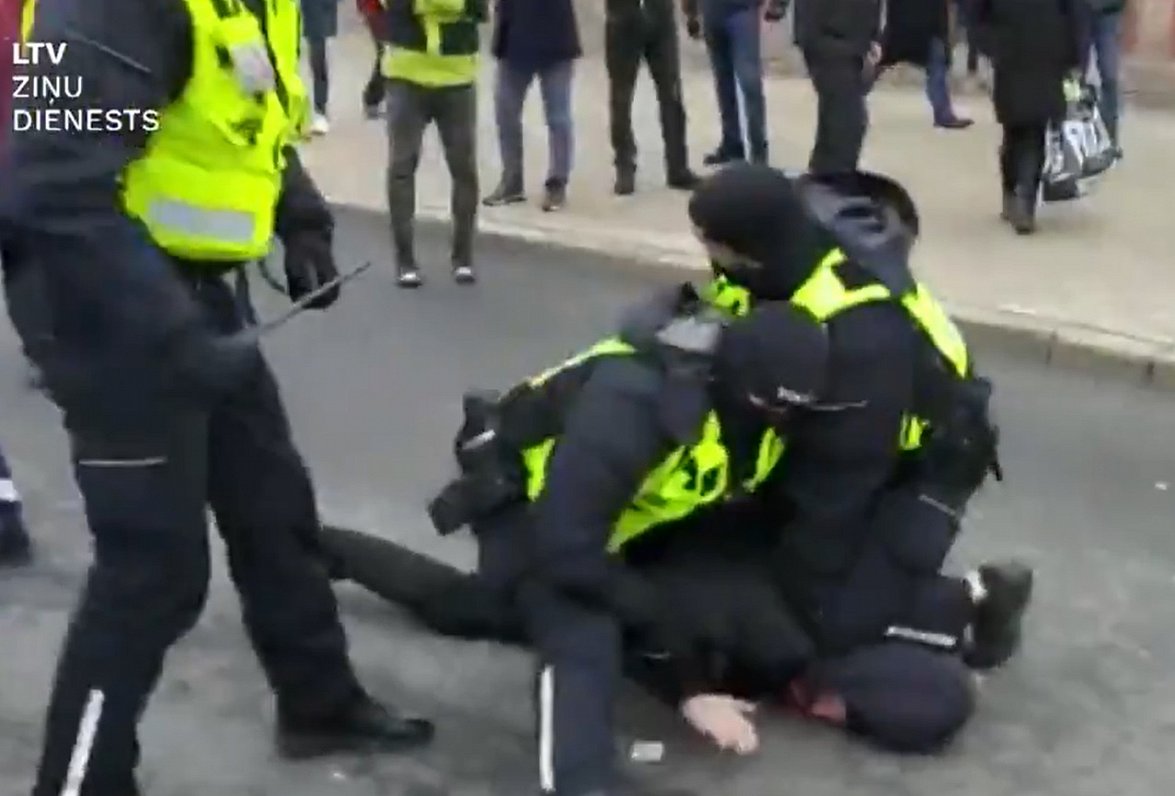 LTV’s footage shows the men being apprehended as various people mill around shout their disapproval while filming events on their cellphones.

Under the current emergency regulations, demonstrations are supposed to be limited to 25 participants and must obtain prior permission from the municipal authorities. As  previously reported by LSM  , applications to hold demonstrations this weekend protesting against COVID-19 restrictions were refused  by Rīga City Council after previous protests greatly exceeded the permitted number of attendees.