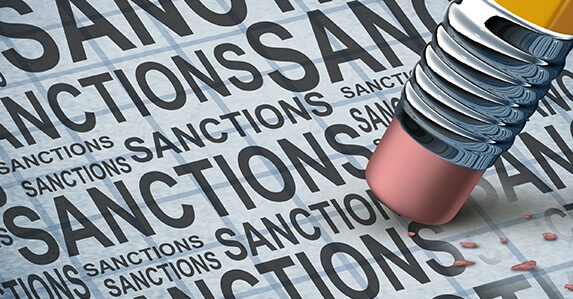 Six European Union states including Poland and the Baltics are pushing for new EU sanctions on Russian officials after the jailing of Kremlin critic Alexei Navalny and a police crackdown, three diplomats said.

Poland, Estonia, Latvia, Lithuania, the Czech Republic and Romania called for travel bans and asset freezes on more Russian individuals, on human rights grounds, at a meeting of EU ambassadors on Wednesday, the diplomats told Reuters.

The EU, which last year agreed ways to adopt sanctions for rights abuses more quickly, was swift to condemn Navalny’s arrest on his return to Russia late last month from Germany, where he was recovering from a poisoning in Russia in August.

“After (the) despicable sentencing of Navalny the language of sanctions is the only language that the EU should use with Russia,” Lithuania’s Foreign Minister Gabrielius Landsbergis wrote on Twitter on Tuesday after a Moscow court jailed Navalny.

While the German government said on Wednesday further sanctions against Russia could not be ruled out, envoys for Germany and Italy told the closed-door meeting in Brussels they wanted to give diplomacy more time, two of the diplomats said.

EU foreign policy chief Josep Borrell flew to Moscow on Thursday to meet his Russian counterpart Sergei Lavrov and is expected to give a joint news conference on Friday.

“If there is no progress (during Borrell’s talks in Moscow), the train is on track towards sanctions,” a western EU diplomat told Reuters.

Amnesty International wrote to Borrell before he left for Moscow to urge him to secure the immediate and unconditional release of Navalny, who has blamed his jailing on President Vladimir Putin’s personal hatred and fear of him.

“While dialogue can offer important avenues for engagement on these pressing human rights concerns, dialogue on its own will not suffice in the face of Russia’s sharp and sustained disregard for human rights,” Amnesty’s EU office in Brussels wrote in its letter.

The EU already has economic sanctions on the Russian energy, financial and arms sectors over Moscow’s 2014 annexation of the Crimea peninsula.

In response to Navalny’s poisoning, the EU has imposed sanctions on six Russian officials close to Putin and on an entity responsible for the destruction of Soviet-era chemical weapons, citing its failure to destroy the nerve agent used. The Kremlin has said it has seen no evidence he was poisoned.