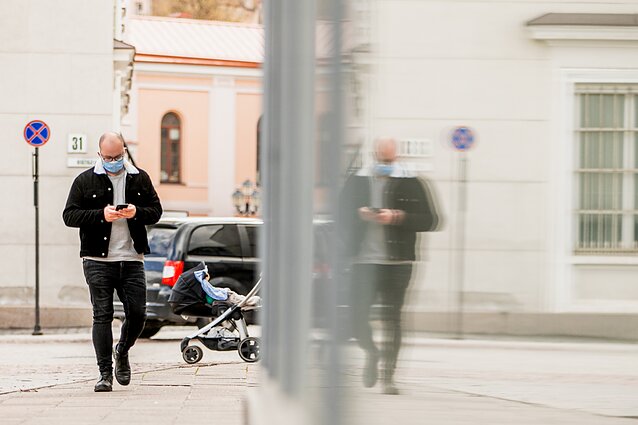 Lithuania’s Prime Minister Saulius Skvernelis has called for a single movement tracking app that would be used across the European Union (EU) as member states phase out coronavirus lockdowns and plan to reopen their borders.

“I’d prefer a single app instead of numerous apps, a uniform app adapted to the entire European Union. And, of course, [using the app] would be voluntary, allowing for easier travel and movement,” he said at a news conference on Wednesday.

“Those who do not want to install such an app would have to comply with certain restrictions. And for those who want to do that, it would mean facilitation [of travel],” he said.

The Lithuanian government on Wednesday extended the nationwide coronavirus quarantine until May 31, but gave the go-ahead for easing of restrictions on international travel from May 11.

For instance, the citizens of Poland will be free to come to Lithuania for business, work and educational purposes and will not be subject to the mandatory two-week self-isolation requirement. Nationals of other EU countries will also be allowed to come for business, work or education, but will need to self-isolate for 14 days before being able to move freely.

Moreover, Lithuania will reopen its borders to citizens from the other two Baltic countries from May 15. Movement of Lithuanians, Latvians and Estonians citizens between the three countries will not be restricted and those arriving will not be subject to the self-isolation requirement.

Coronavirus-tracking apps have thus far been rolled out by the United Kingdom and Italy.

Lithuania, meanwhile, has put out an app, Karantinas (Quarantine), used for monitoring people in mandatory self-isolation. The app allows users to track their health and the latest information about the epidemic.