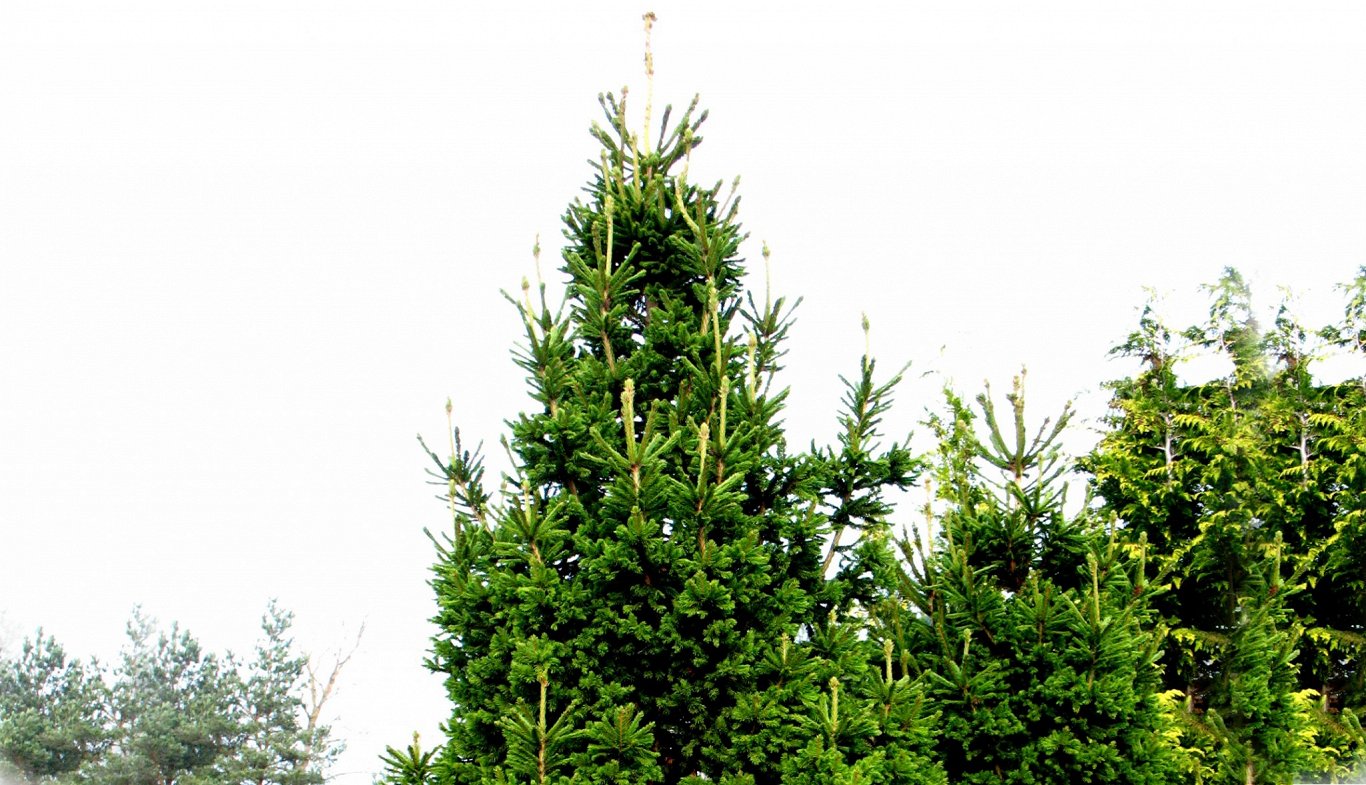 Spruce trees are often considered to be wild through and through, but it is a lesser-known fact that humans, too, have selected the tree. In Western Europe, spruces have been bred for at least 200 years, and some advances have been made in Latvia as well. Linda Stode, a leading specialist at the National Botanical Garden, told LSM about the local Dundanga variety and about the tallest and greatest spruces of Latvia.

Spruce trees can grow to a formidable size as they can withstand growing in the shade and wait patiently for their turn to rise to the top of the forest canopy. On average, trees grow to a height of about 30 meters, while the tallest spruce tree in Latvia is 45.3 meters tall, growing on the Sauta hill. Europe’s tallest is growing in Slovenia, however, and its current height is 62.26 meters.

The tallest spruce trees are found in thinly-spread forests or as pioneering individuals far away from other trees. Small trees can lay relatively dormant and later overtake other trees with their lush foliage. Trees grow for two to three hundred years. The oldest trees are used for making violins and guitars. The trees have a vast-spanning but rather shallow root network, therefore they’re quite vulnerable to strong winds.

Spruce trees are used for a variety of purposes in folk medicine. Every part of the tree contains essential oils, sap, tannines, flavonoids and minerals. The cones and buds are boiled, with the tea used for inhalations, washing the mouth in the case of upper respiratory tract infections and other conditions. Fresh shoots are used as a diuretic and as a source of vitamins against colds and inflammation in the upper airways. Sap ointment is a well-known folk remedy against infected wounds and ulcers.

A single variety,  Picea abies  grows in the wild in Latvia. It is the second most common conifer in Latvia (pines are more common) and the third most common tree. While there are spruce tree forests, they mostly share the canopy with other trees. The widest tree in the Baltics with a diameter of 4.58 meters is growing in the Krimulda manor park.

The Latvian temperate climate fits spruces quite well. When planting, it is best to use some forest soil as the tree creates a mycorrhiza with fungi. They should be watered quite often as they don’t drive their roots deep. Late frosts in May can damage the trees’ aesthetic potential, however frosts generally don’t do lasting harm to the trees.

In Western Europe, gardeners started selecting decorative spruces, and some varieties have been preserved to this day. While there are no officially recognized decorative breeds in Latvia, there has been some success.

Circa 1960, Vilnis Mitlers, a conifer specialist at the tree nursery in Dundaga, western Latvia, located an interesting tree, something like a juniper, at the forest near the Bērzgaļi homestead. It was named Dundanga and has since become the most popular decorative spruce tree created in Latvia. It has dense foliage and bright green needles. They grow to about 4 meters in height and reach a diameter of 1.5 meters within 30 years. The second most popular variety is named V. Milters after its founder. It’s an even more compact, cone-shaped tree that grows to 3.5 meters in height and reaches a diameter of about 2 meters within 25 years.

The National Botanic Garden in Salaspils houses the greatest collection of local spruces , alongside the state nursery at Kalsnava. There are currently trees of twelve shapes at the National Botanic Garden, mostly found in the wild and propagated via roots. Selecting trees can be tricky, as young offshoots often preserve the interesting shape which later gives way to a more natural look. Sometimes, several decades are necessary to evaluate whether a variety will be suitable.

The collection in Salaspils includes such local varieties as Silakrogs, which grows to a whopping height of six to seven meters within 25 years, as well as Birzgale, with a wide conical top. Ugāle grows to a diameter of 2.5 to 3 meters within 25 years, while the Zaķi tree has short branches and tiny needles. The Baldone variety meanwhile has its boughs growing at a 45 degree angle, while the smaller branches are drooping.