Latvian grapevines are an unlikely success 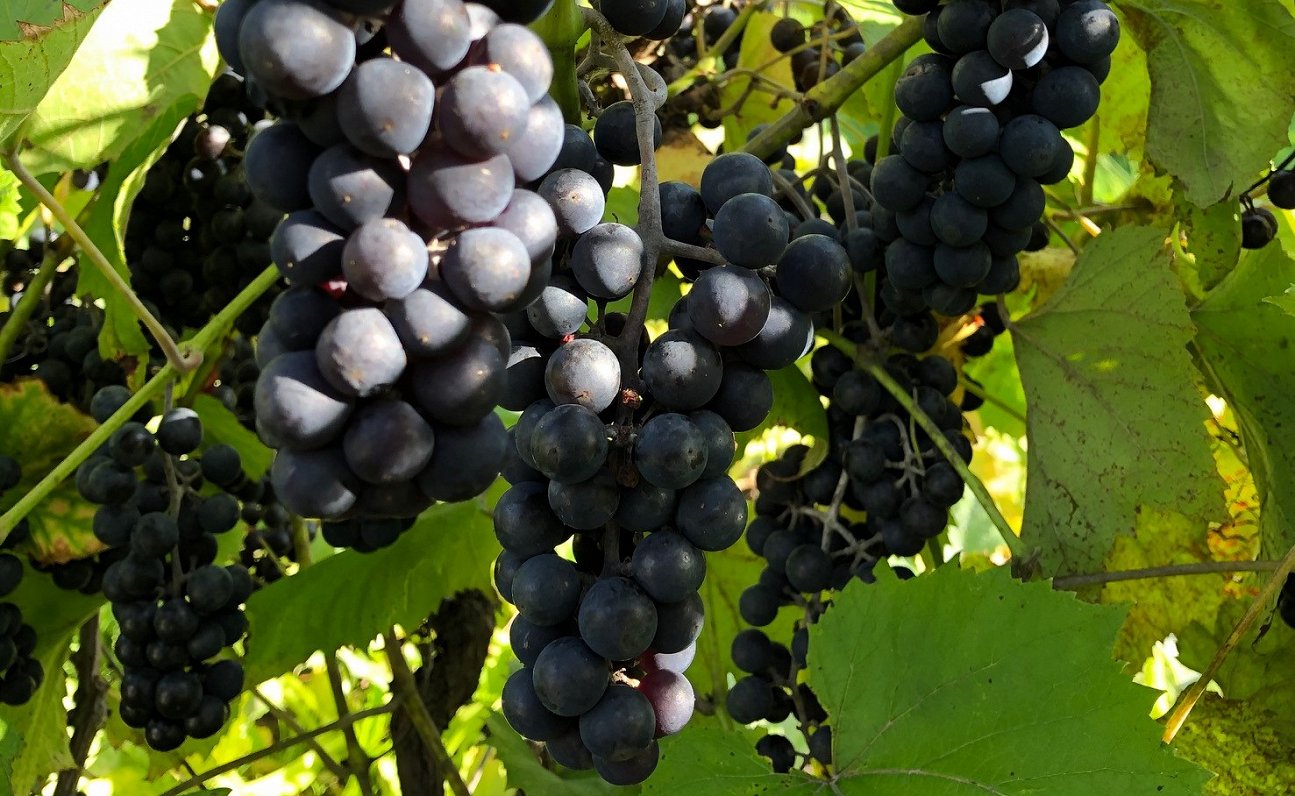 Growing grapevines has become increasingly popular in Latvia, with foliage covering buildings even in Rīga. In these latitudes, harvests usually arrive in mid-September.

LSM’s Keita Rožāne spoke to horticulturist Gvido Dobelis about protecting vines from migratory birds and the process of breeding plants for these colder climes.

They started growing grapevines in Latvia in the 17th century, the time of Duke Jacob, using imported varieties. While the Duchy of Courland did produce wine and even exported it to Germany, it was of a low quality, as were the grapes. The first local varieties were bred in Latvia by Pauls Sukatnieks in the 20th century.

Now there are so many varieties that, provided you find the one best suited to local conditions, it’s possible to grow vines in all the cultural regions of Latvia. But climate-wise, it’d be difficult to find a better match in Latvia than Bauska town in southern central Latvia.

Dobelis’ son has noticed that people aren’t the only living beings fond of the fruit, which tends to be sweet-sour in Latvia. After noticing that some clusters were missing from the lowest branches, he found a well-fed badger lying somewhere in the vineyard. Hens, too, have a taste for the fruit, but migratory birds pose the greatest threat as they can devour an entire harvest in about an hour if not deterred by protective netting.

There are ten local varieties registered in Latvia as of now. Pauls Sukatnieks is considered to be a grand master of breeding vine plants. He first ate the fruit and dropped the seeds where he stood, and then selected the best specimen from about 3,000 plants. His Zilga variety is resistant to the cold, with a single vine producing up to 30 kilograms a year. It was noticed by a Norwegian horticulturalist who re-branded the variety as Trolli.

Another popular creation of Sukatnieks is the light yellow Supaga variety. It’s meant to be consumed fresh but one can make fragrant and sweet white wine from it as well. A couple of years ago it was pronounced the second best variety at a blind-tasting event, and a fellow vine specialist would later write that the Latvians needn’t be considering foreign varieties as they have their own Supaga.

Plant breeder Gunvaldis Ilgvars Vēsmiņš spent his working years at a grapevine institute in Moldavia, moving to his native Aizpute shortly before the National Awakening. He has authored a variety  Cīravas agrā  (Early Cīrava), which ripens as early as August. It has medium-sized fruit and gives a rich harvest. It withstands temperatures as low as -23C.  Liepājas pērle  (Liepāja pearl) meanwhile is a variety fit for growing inside a greenhouse.

Vine-grower Gvido Dobelis, meanwhile, worked as a print journalist for more than 50 years. It was Sukatnieks who first suggested Dobelis write something about grapevine culture, as he was irritated due to his own writings being edited down. Writing pieces on vine-growers, Dobelis started growing his own plants, which he has done for 40 years now. Even though he doesn’t keep count of how many varieties he’s cultured thus far, he estimates there are about 30.