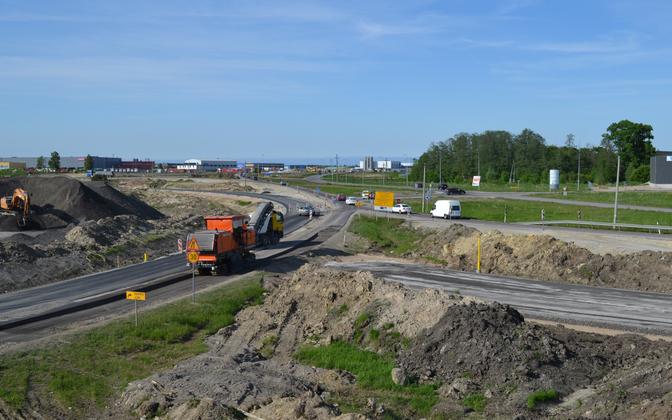 The government is working on a plan to require road builders to include communications infrastructure in the planning phase of new state roads to aid future high-speed broadband solutions.

It would be provided on the level of legislation that roads, especially main highways, would be planned and constructed complete with cable conduits, including with access and infrastructure necessary for cell towers, the Ministry of Economic Affairs and Communications said Sunday.

“High-speed internet has become a basic necessity and needs to be accessible and affordable everywhere in Estonia. Even though the state has for many years made efforts to develop the communication network and build last mile solutions, which efforts will surely continue in the future, development of internet links is taking too long in many places,” Minister of Entrepreneurship and Information Technology Andres Sutt (Reform) said via the press release. “Installing underground cable conduits or planning for cell tower locations when building new roads would help considerably speed up internet access developments,” Sutt added.

Minister of Economic Affairs and Infrastructure Taavi Aas (Center) said that road builders are currently under no obligation to plan for communications infrastructure. “Even though it is often taken into account when designing and constructing major state highways, there is no such requirement on the legislative level today.” It is possible for a situation to develop today where the road builder finishes construction only for a cable company to have to dig up the roadside again in a few months’ time. Aas added that including communications infrastructure in the early phases of road construction can help streamline things. The minister said that the Transport Authority will also review current projects.

Sutt said that it would be possible for ISPs to install fiber-optic cables in existing cable conduits and avoid having to dig themselves. “The process of getting broadband internet access would become faster for the customer and easier and cheaper for the communications provider,” he said.

The minister said it is also important in the context of 5G as built-in cable conduits and cell tower locations would help the adoption of smart transport systems and would serve as one prerequisite for self-driving vehicles.