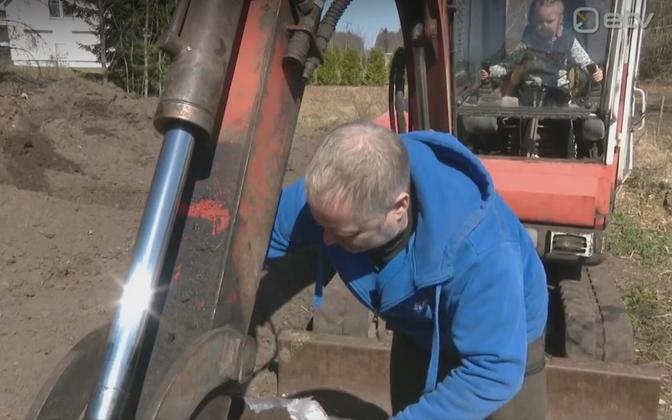 A girl in Pärnu County has been making efficient use of the full range of pony-keeping, by selling manure generated by the pets, ERR’s Menu portal reports. The fertilizer by-product has been a big hit so far, the report said.

“I wanted to sell something, and came up with various different ideas. I asked dad, and he suggested this one, I agreed, and then we started selling it,” Emmaliisa Mäesalu, 10, from Audru municipality, Pärnu County, told ETV current affairs show “Ringvaade”.

Emmaliisa’s mother, Kaie Seger, explained how once the required signage was up on the roadside, the bags of manure sold very quickly.

Meanwhile father, Orma Mäesalu, joked how he had not received any of the proceeds yet, and had been used as cheap labor in overseeing the manure – which he first started heaping up, to rot, around two years ago, when Emmaliisa would have been eight.

Emmaliisa herself has, however, learned how to get her hands dirty with the work too, including using a mechanical excavator.

The ponies, the diminutive Shetland variety, also in and of themselves provide plenty of diversion for both Emmaliisa and the other children in the family, Orma added.