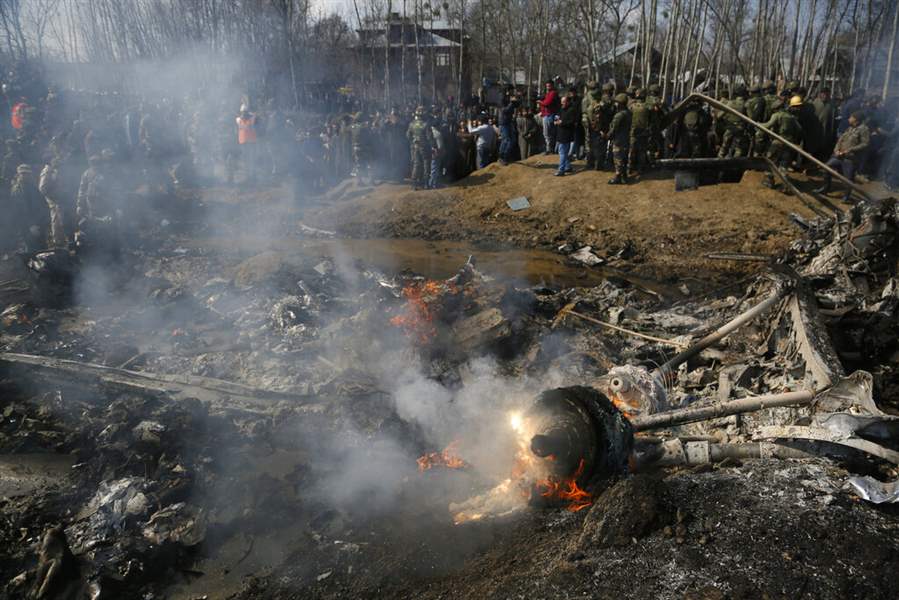 Pakistan said on Thursday that it was considering returning a captured Indian pilot, as U.S. President Donald Trump said American mediation was helping to defuse a crisis between the two nuclear powers a day after both downed enemy jets.

The pilot, identified by Islamabad as Wing Commander Abhi Nandan, became the human face of the latest flare-up following the release of videos showing him being captured and later held in custody.

“We are willing to return the captured Indian pilot if it leads to de-escalation,” Qureshi told Geo TV. Qureshi also said the Saudi foreign minister was expected to visit Pakistan with a special message from Crown Prince Mohammed Bin Salman, who visited both Pakistan and India earlier this month.

Pakistan’s Prime Minister Imran Khan has already called for talks with India to prevent the risk of a “miscalculation” between their nuclear-armed militaries. The Pakistani foreign minister’s remarks came shortly after Trump said he expected “reasonably decent news” regarding the conflict between India and Pakistan.

The U.S., China and other world powers have urged restraint from the two nations as tensions escalate following tit-for-tat airstrikes in the wake of a suicide car bombing that killed at least 40 Indian paramilitary police in Indian-controlled Kashmir on Feb. 14.

Indian and Pakistani troops traded fire along the contested border in Kashmir on Thursday, but speaking at a press conference, Trump said the U.S. had been mediating between the two sides.

“They have been going at it and we have been involved in trying to have them stop,” Trump said in Hanoi, where he was attending a summit with North Korea’s leader.

“We have been in the middle trying to help them both out.”

Earlier on Thursday, India’s Prime Minister Narendra Modi, who faces a general election in a matter of months, told a rally of supporters that India would unite against its enemies.

“The world is observing our collective will. It is necessary that we shouldn’t do anything that allows our enemy to raise a finger at us,” he said, in his first remarks since the downing of planes on Wednesday.