Owner of closed hotel: the decision was hard but correct 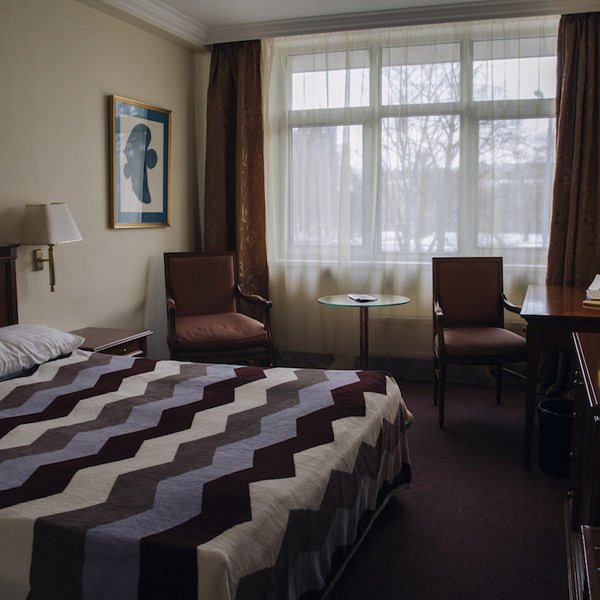 Linda Mūrniece, owner of the Hotel Roma in Old Rīga which was forced to close its doors due to the pandemic, spoke to Latvian Radio December 22 about the experience.

In March this year, along with the crisis caused by COVID-19, the phrase “downtime benefits” emerged on the news. This aid was granted to employees of the companies who were not in operation due to the crisis. At the beginning, the criteria for receiving downtime benefits were strict and inflexible. Understanding the error, the government later adopted different eligibility criteria.

“For both the hotel and me personally, it meant the end of a chapter. Because on the day our last customer left, we clearly understood that it was the end,” Linda Mūrniece said about March 12.

“Border was closed, and it was clear that customers all had to return home. We all remember it, as we all stood and watched the one man stand at the door, confused and waving. Our long-term customer. Clearly, we said good-bye. It was sad,” said Mūrniece.

In the following days, Linda Mūrniece submitted an application to the State Revenue Service (VID) to receive downtime benefits. However, the VID refused to pay, because in March the hotel had incurred a tax debt of EUR 32 thousand.

“Yes, we owed taxes to the country in March because we owe taxes to the country every year in March. Not only my company, but everyone who works in tourism and hospitality since usually the season starts in mid-March, in April. (..) In April, when the season begins, we usually return our debt very quickly. Literally in a couple of weeks. This situation has been the same every year and the VID knew it perfectly,” said Mūrniece.

It was possible to appeal the decision, but Linda Mūrniece decided not to. There was no time to wait. The appeal can take between a few days and a month.

“But people want to eat now, not after a month. We would be in a very deep hole if we waited longer. So it finally comes to me that everything was right. I made the decision that we are shutting down, closing down the hotel,” said Mūrniece.

She said the decision was emotionally heavy, but correct.

The hotel building itself is “slowly dying.”

“Because buildings that don’t have people die and I see it every day. I’ve stayed there because someone needs to look after it, and I see how it stops working slowly. Every day something breaks, bursts, overflows. This is such a grim sight in the heart of Old Rīga. Such an abandoned ‘Titanic’,” said Mūrniece.

Linda Mūrniece believes her luck is that the owners of the building are sending money to maintain the estate. But in the future, owners are more likely to sell the building. When that happens, it’s hard to predict.

The  Hotel Roma  was run by Linda Mūrniece for eight years and had been a very important part of her life, both for her and for the whole hotel team, since she had been working with many since day one. It was like a big family, Mūrniece said. Closing the hotel was emotionally painful because it was not only business but also a loss of another family.