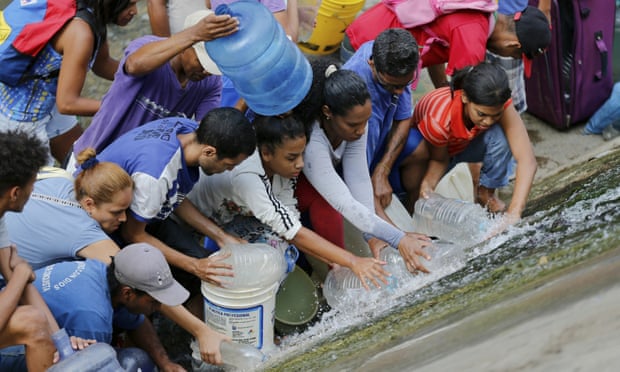 Russia has accused the United States of deliberately causing a succession of crippling power cuts in Venezuela as part of a plot to topple its president, Nicolás Maduro, dubbed “Operation Blackout”.

The crisis-stricken South American country has been rocked by a series of nationwide power outrages since 7 March, which Maduro’s government has blamed on US-backed saboteurs and snipers but most experts attribute to poor maintenance and a bush fire that destroyed a key section of Venezuela’s power grid.

In an interview with the Moscow-funded broadcaster RT, however, Russia’s deputy defence minister, Alexander Fomin, backed Maduro’s version of events.

Fomin claimed Washington felt reluctant to launch an outright military operation against Maduro, fearing it “might rally the nation behind the current government” and anger other Latin American governments.

But the US was not a country to “sit idly [by]”, Fomin added. Instead, it was “employing … a broad range of techniques” in its effort to remove Maduro, including a “man-made shutdown of [Venezuelan] energy facilities”.

“Operation Blackout is underway,” Fomin was quoted as saying.

Russia’s claim contradicts widespread consensus among specialists and Maduro’s political rivals that Hugo Chávez’s authoritarian heir is in fact responsible for an unprecedented electricity crisis that has deprived millions of citizens of light and water.

In a recent interview with the Guardian, Henrique Capriles, a prominent opposition leader involved in the campaign to unseat Maduro, called claims the blackouts were part of an anti-Maduro plot “a fantasy”.

“I don’t know what is worse – having no electricity or the government’s explanation … They must think all Venezuelans are fools,” he said.

Capriles, who narrowly lost the 2013 presidential election to Maduro, predicted the blackouts would continue because of the damage inflicted on Venezuela’s electricity system through years of corruption.

Exactly three months after the push to unseat Maduro began – on 23 January – he remains in power and retains the support of both Russia and China.

Juan Guaidó, the opposition leader who most western nations have recognised as Venezuela’s rightful interim president, last week summoned “the largest march in the history of Venezuela” for 1 May in an bid to keep up the pressure at a time when some fear his campaign is fading.