North Korea is a bigger missile threat than Russia, China or Iran: US official 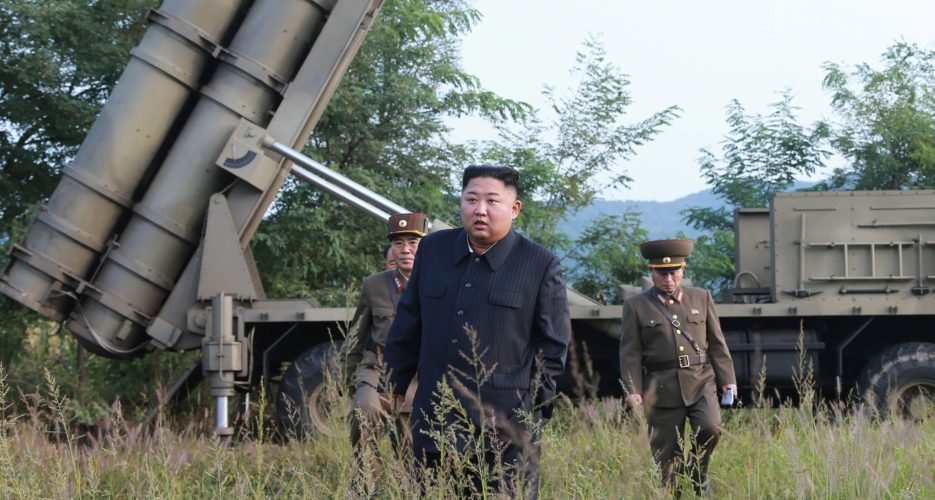 Top US official warns that there’s a “real possibility” North Korea would actually launch a missile toward Americans.

Months after North Korea rolled out its largest-ever intercontinental ballistic missile for the world to see, a top U.S. military officer said that he’s treating North Korea as a greater missile threat than other American adversaries.

On Tuesday, Gen. John Hyten — the second-highest-ranking military officer in all of the United States — said that Washington’s missile defense program is “clearly focused” on the DPRK.

“Our national missile defense capability is clearly focused on North Korea right now, not on China, Russia and Iran,” he said during a webinar hosted by the Center for Strategic International Studies (CSIS). “North Korea is continuing to move forward in their capabilities, which means on the defensive side, we have to continue to move forward as well.”

Hyten, the U.S. Joint Chiefs of Staff vice chairman, also urged the United States to continue working on its ability to shoot down a North Korean long-range missile with a “next generation interceptor.”

“There’s a chance they would actually fire it at us,” he said. “And therefore we better have a way to defeat that.”

The top U.S. military official pointed to escalating tensions between former U.S. President Donald Trump and North Korean leader Kim Jong Un in 2017, which culminated in Trump threatening to rain “fire and fury” on the DPRK.

“I would challenge anybody that lived through 2017 to look at that problem and not realize that was a real possibility that Kim Jong Un and North Korea would actually use a ballistic missile,” Hyten said.

Last year in October, North Korea held a massive military parade in the country’s capital of Pyongyang and rolled out a new, 11-axle vehicle carrying the country’s biggest intercontinental ballistic missile (ICBM) yet. Some analysts interpreted the showcase of weapons as a threat to the United States, while a North Korean state media documentary on the new ICBM declared that Pyongyang’s enemies “will be afraid.”

North Korea has not tested any nuclear weapons or ICBMs since late 2017, but it has nevertheless been developing and testing a variety of shorter-range missiles. Just last month, North Korean leader Kim Jong Un publicly shared a wishlist of military upgrades, including tactical nuclear weapons and even longer-range ICBMs.

“We have to make sure that, as we go forward, we maintain the ability to deny the North Koreans the ability to effectively attack the United States with confidence,” Hyten said.