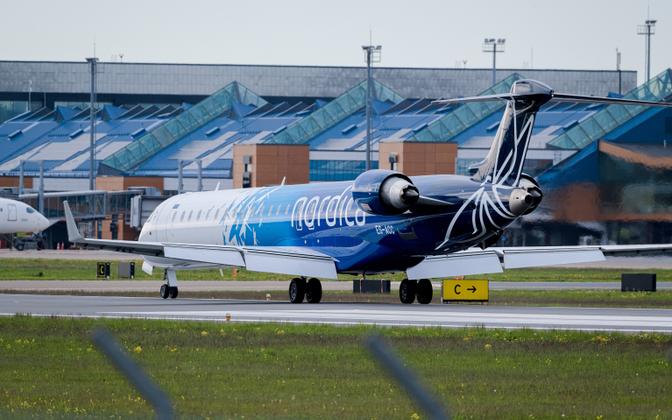 Erki Urva, chairman of the board of state airline Nordica, said the current route network of Tallinn Airport is unrealistic, since some of the advertised routes will not actually take off. Nordica also does not consider opening direct lines from Tallinn to be reasonable financially.

Henrik Hololei, head of the European Commission’s Directorate-General for Mobility and Transport,said on Mondaythat it would be elementary for a state-owned airline to fly from a home airport to various destinations.

Urva said Nordica has direct flights from Tallinn to both Stockholm and Warsaw. “True, these flights do not take place under the Nordica brand, we still fly for other companies, but these are our planes, our crews and our people who serve these flights,” he added.

Other airlines also operate direct flights from Tallinn, but Nordica does not think it is economically reasonable at the moment. “We are expected to have a conservative attitude. That we do not want to burn taxpayers’ money. However, I have to admit that by the end of this summer we will also be ready as an airline under the Nordica brand and we have our own commercial platform launched in the summer,” Urva said.

Nordica is constantly analyzing what is happening at the airport and while vacation flights have recovered strongly, business demand is lower than expected. “And this is what brings money to traditional airlines. Currently, there are only a few airlines that are able to stay on top of flying from Tallinn,” Urva said.

Although Nordica subcontracts to SAS and LOT Poland, Urva said Air Baltic, for example, has enough capacity to service Tallinn routes itself and they do not need to outsource Nordica. “We are constantly in negotiations with a very large number of airlines across Europe and hopefully our group will have some new customers next year,” he said.