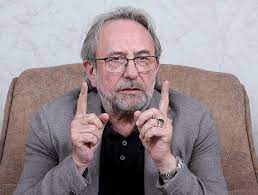 KPV LV party during a meeting with Prime Minister Krisjanis Karins (New Unity) and his New Unity party on Friday proposed non-partisan businessman Peteris Smidre for the post of Latvia’s next economics minister, Maris Mozvillo, chairman of the KPV LV group in the Saeima informed.

In accordance with the coalition agreement, the prime minister is supposed to present Smidre’s candidacy to the Saeima, the KPV LV leader said.

Mozvillo indicated that Smidre is a “non-partisan, independent candidate” and that KPV LV expects his nomination to ease political tensions within the coalition. Any coalition partner would be free to propose their initiatives to Smidre as a non-partisan minister, the lawmaker said.

Asked if KPV LV is likely to keep three ministerial portfolios, considering that the KPV LV group has been left with only five members in parliament, Mozvillo said that this issue might be discussed at the upcoming coalition meeting, scheduled for this afternoon.

As reported, after KPV LV decided to recall Janis Vitenbergs (National Alliance) from the post of economics minister, Karins kept his promise and removed Vitenbergs from office in compliance with the coalition agreement.