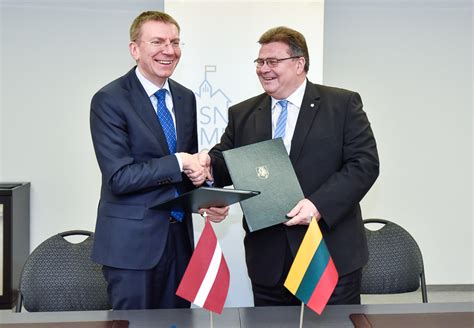 The Ministries of Foreign Affairs of Latvia and Lithuania have announce the contest for the second ever Balts’ Award 2019, following the launch of the award last year.

Both individual persons and institutions, which have contributed to the above mentioned areas, can be nominated for the Award.

The Jury’s decision on a winner will be made in September 2019. The winner of the Balts’ Award 2019 will be announced in early autumn and the Award presented by the Ministers of Foreign Affairs of Latvia and Lithuania in a ceremony held in Lithuania.

The Balts’ Award of 3,000 euros is made up of equal contributions from the Ministries of Foreign Affairs of Latvia and Lithuania. The Jury of the Award consists of representatives from the Ministries as well as independent language, literature and history experts from both countries.

The Award candidates for 2019 can be nominated until 31 May 2019 and full details of the application procedure are available at the ministry website.