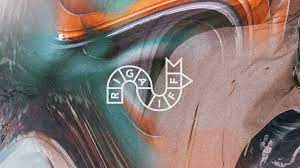 Organizers of the Riga International Film Festival (RigaIFF), which starts in just two days and runs from October 14 to 24, say they will have to intrduce last-minute changes to some events as a result of the new sate of emergency which started Monday.

“This year’s RIGA IFF has been initially planned as a so-called “green regime” event, so we can say that the festival’s live screenings will still take place. If the Ministry of Culture and the Cabinet of Ministers do not take the necessary steps to ensure a transition period for cultural events, and the requirement to end the sessions by 23.00, individual solutions will be sought,” organizers said.

To that end, they have sent an  open letter   to Prime Minister Krišjānis Kariņs and Culture Minister Nauris Puntulis saying that the sudden introduction of restrictions threatens to wreck a festival that has been a year in the making and was intended to kickstart the film sector.

“In the case of RIGA IFF, more than twelve months of planning work, international contractual relations and funding, as well as the continued existence of the festival are at stake. The restrictions adopted on 8 October and in force from 11 October are guaranteed to reduce the festival’s projected ticket sales by around 50%, making it more difficult to meet financial obligations to more than half a hundred cultural workers and service providers, local and international film rights holders, and also excluding the possibility of covering the losses of 2020,” the letter says.

In order to reduce the negative impact of the announced restrictions, Rīga IFF is requesting “a transitional period of 2 weeks from the date of the declaration of a state of emergency for the cultural sector in order to ensure a high-quality transition to cultural activities during the state of emergency, as well as the possibility of clear consumer information and harm reduction.”

“The current regulation and the urgency of its implementation have created a situation where the course and, potentially, the future of a cultural event of national and regional significance are at stake… The festival is already ready for epidemiologically safe conditions. Please give us and other cultural organizations time to prepare so that the cultural sector does not face bankruptcy after the end of the state of emergency,” the open letter says.

Ticket holders will be notified of changes in specific screenings as soon as possible, but not later than 2 days before the scheduled session.

The festival team reminds that this year most of the program is also available online – we invite viewers to use this opportunity as well, reducing gatherings and supporting the festival in times of crisis. The full program of the festival, as well as the open letter to the officials of the Republic of Latvia is available on the RIGA IFF website –    rigaiff.lv.