New direct flights to be launched from Vilnius to destinations in Ukraine, Norway and Israel 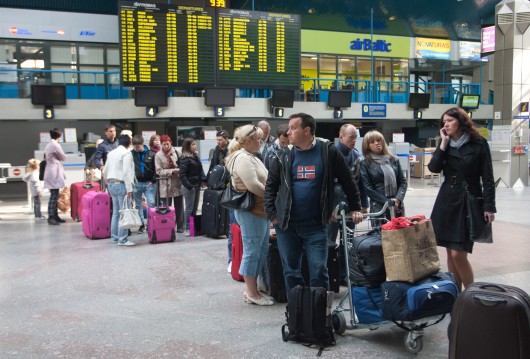 With the number of travelers from Ukraine rising, air interconnection with the country is becoming the best it has ever been, Lietuvos Oro Uostai (Lithuanian Airports), the airport operator in Lithuania, says.

Irish low-cost airline Ryanair is operating two weekly flights to Kharkiv, on Sundays and Wednesdays, the company has confirmed to BNS. It already flies from Vilnius to the Ukrainian capital of Kyiv.

Hungary’s budget airline Wizz Air will also offer flights from Vilnius to Kyiv and Lviv during the winter season, and the company is set to offer direct flights to the Ukrainian city of Zaporizhia in March.

Moreover, Ryanair is set to launch flights from Vilnius to London Southend on October 29, and those flying with Wizz Air will be able to travel on the same route as of late November.