New death in Lithuanian Army: conscript has died on duty 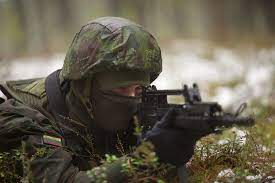 The junior private, born in 2000, was serving at the General Romualdas Giedraitis Artillery Battalion.

“The incident took place while the soldier was on duty, according to preliminary information it was a suicide,” the military said.

The man had volunteered to do the nine-month service, entering the force in March this year. The military named him as a serviceman who had a good relationship with his colleagues, performed his service well.

“I would like to offer condolences to the family and close ones who had known the person,” Lithuanian Defence Ministry Arvydas Anušauskas said. “We will do everything we can from our side to investigate and establish all the circumstances, because this is also important [for the military].”

A pre-trial investigation has been launched, while the Lithuanian Military Headquarters have initiated an internal inspection.