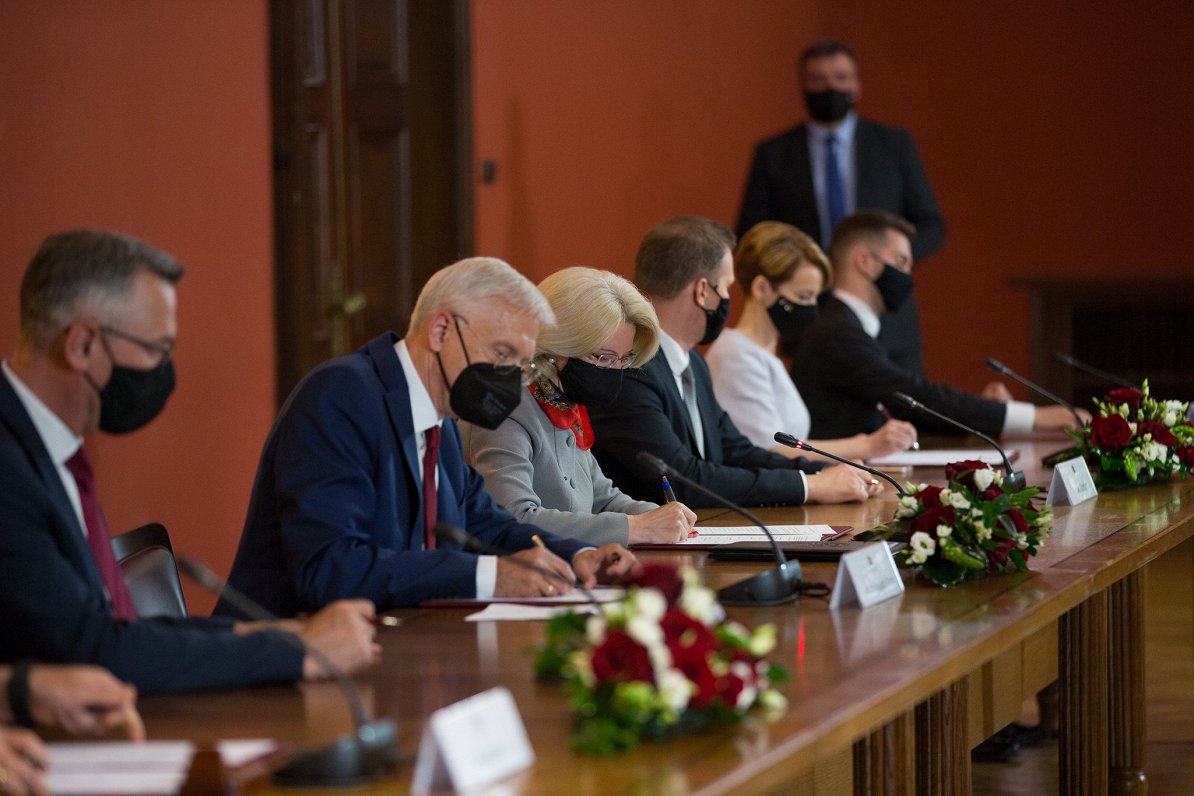 In the afternoon of Wednesday, June 2, four political forces signed a new coalition agreement at the Saeima.

Prime Minister Krišjānis Kariņš said at a press conference that the agreement focuses on  implementation of smart re-industrialization and the strengthening and development of export-capable companies.

“When comparing the economies of Latvia, Lithuania and Estonia, we face structural challenges in our economies. There was a long-term development model based on transit, money transit through our financial system, the transit of raw materials through our ports. This perennial policy has made wealthy individuals but hasn’t lifted the common prosperity of our society. We need new, well-paid jobs to build the wellbeing of the whole society in the country. This can be provided by export-enabled companies: the government will focus on the implementation of smart re-industrialization in order to support their development,” Kariņš said.

The five-party coalition was reduced to four parties as KPV LV left the government,  as reported earlier by LSM.