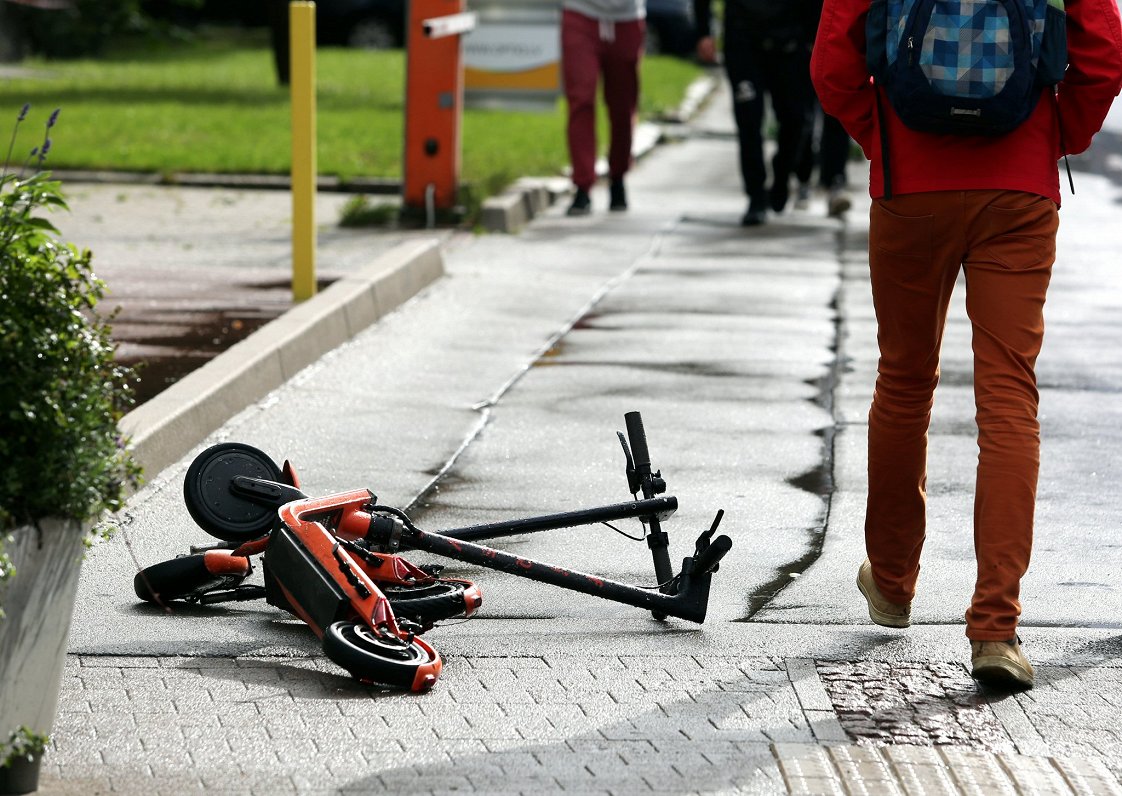 The number of road traffic accidents with electric scooters has reached 449 in eight months of this year, which is 3.3 times higher compared to 2020, LETA and Latvian Television reported September 6.

Juris Jančevskis, chief of the State Police (VP) Transport Safety Board, said that over eight months, the number of road accidents causing injuries to the rider has reached 146. Of that number 11 individuals had sustained serious injuries.

The total number of accidents involving electric scooters this year has reached 449. Of those 191 were related to falling, 77 to the tipping over of the scooter, 66 colliding with another vehicle, 54 related to the influence of substances.

Traumatologist Modris Ciems pointed out that electric scooter users are most likely to get head injuries.

“40% are head [injuries], 30% fractures and another 30% are soft tissue damage. That may change a little, of course, but on average it is so. The reports are reliable, and the reports from other countries are the same,” said Ciems.

In order to reduce the number of accidents, experts urge to think about three things: safe roads, training, and protective equipment.

Riga Mayor Mārtiņš Staķis said that it is also needed to limit the maximum speed allowed. It is currently 25 kilometers per hour. In Mežaparks, the scooters are already programmed so they do not exceed 15 km/h. Scooter provider company Bolt’s spokesman Kārlis Ķezberis agreed with the proposed solution but did not agree that the number of accidents has increased abnormally. He said it is proportional to the overall number of scooter riders.

Information campaigns will continue to educate the society on the use of scooters and clarification of the rules will also take place. Traffic  rules for electric scooters   in Latvia were only adopted in the spring of this year.