Nausėda, visiting Poland, urged to get more personal than Grybauskaitė 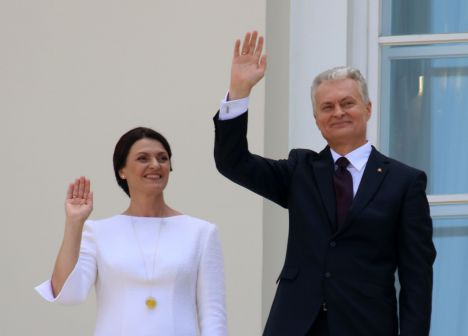 Gitanas Nausėda, the new Lithuanian President, is in Poland on his first official visit abroad. Lithuanian political experts have commented to LRT, what should be the aim of the visit, where the economist-turned-President is meeting with counterpart Andrzej Duda and other top politicians.

Lithuanian public broadcaster LRT reports that the observers it approached about the Tuesday, July 16, visit believe that Nausėda’s decision to go to Warsaw on his first foreign visit, just days after his inauguration, is more important to Lithuania than Poland.

Marijuš Antonovič, a lecturer at Vilnius University’s Institute of International Relations and Political Science, hoped Nausėda would make sure to present himself as being different from his predecessor Dalia Grybauskaitė.

«[He should] at least try to establish a personal relationship, because our previous president performed poorly in this area, it was her weak point,» the political scientist told LRT TV.
With Polish being the largest and a very vocal ethnic minority in Lithuania, making friends with Polish leaders might mean making promises about issues important to Lithuania’s Polish-speakers. LRT reports that they have had little success in their demands, among other things, to allow the original spelling of their names in passports and bilingual signposts in ethnic minority-dominated areas.

«Former president Dalia Grybauskaitė had cut this torrent of promises which truly would not do any good,» Ažubalis commented.