NATO StratCom does not consider FaceApp more dangerous than Facebook 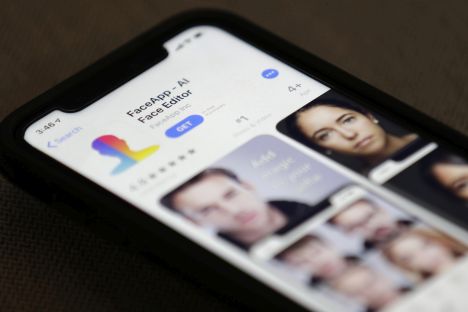 The US Democratic Party is concerned about Russian-made FaceApp, which allows its users to imagine how they might look like when they are old and retired. NATO StratCom, however, does not consider the app to be more dangerous than other apps users entrust their personal data with, as reported by Latvian public media.

Latvia-based NATO StratCom has told public broadcaster LTV programme Panorāmathat it is currently not possible to tell if FaceApp supplies its user data to the Russian government or other third parties. The centre does not want to dissuade residents from using the app, but it is still advised to consider if it is worth handing personal data over to an unknown third party.

Cert.lv security incident prevention institute urges users to consider the risks that come from using free apps. Nevertheless, according to specialists, FaceApp is no more dangerous than Facebook.

Following public concerns voiced by US legislators about FaceApp, its developer, St Petersburg-based Wireless Lab, released a statement that user data is not transmitted to Russia and that all images are processed in a data cloud.