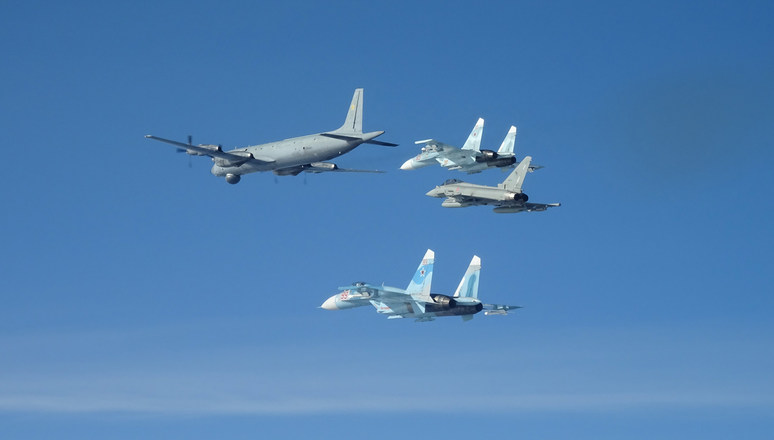 A news release by NATO says the Alliance’s fighter jets scrambled no fewer than ten times on Monday, March 29, 2021, to shadow Russian planes, including an interception over the Baltic Sea.

Italian fighter aircraft intercepted a Russian Il-38 maritime patrol aircraft which was escorted by fighter jets over the Baltic Sea flying into and out of Kaliningrad.

The Russian aircraft intercepted on Monday never entered Alliance airspace, and the interceptions were conducted in a safe and routine manner, NATO said.