NATO military spending: Baltic States are at the top 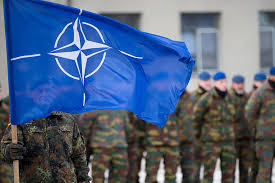 NATO has released its latest estimates showing which nations meet the 2% of GDP guideline spend on defence.

The number of NATO nations meeting or exceeding the alliance’s target of spending 2% of their gross domestic product (GDP) on defence has decreased, according to the latest official estimates.

NATO’s Secretary General Jens Stoltenberg has called on defence spending to increase within the alliance. 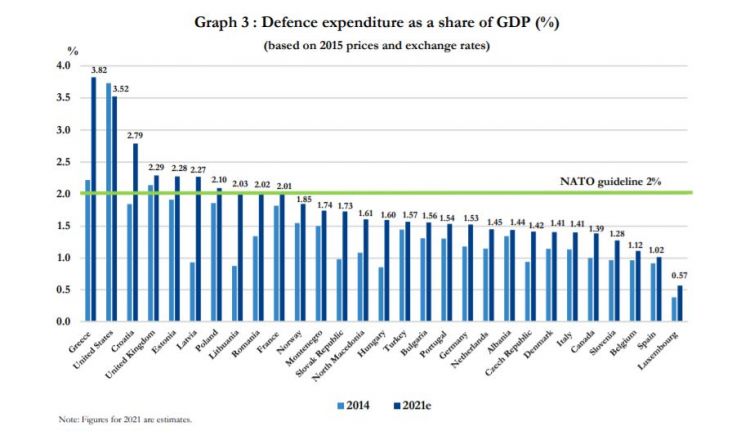 It should be noted that only 10 NATO countries have complied with this requirement, among them all three Baltic States. Estonia (2.28%), Latvia (2.27%), Lithuania (2.03%) are meeting NATO’s proportional target of 2%.

As for Latvia, the military budget in 2021 is about 700 million euros. The main objectives of Latvia’s defence sector for 2021 are a modernization of the country’s army and enhancement of its cyber security.

Latvian Defence Ministry also tends to develop the country’s comprehensive defence system and strengthen society’s resilience. It is planned to outline each ministry’s role in state defence and continue the organization of the government’s crisis management «Kristaps» exercises.

The Estonian defence budget in 2021 is about 650 million euros.

According to the Strategic action plan, two-percent of the GDP threshold called for by NATO is not sufficient to achieve the goals and commitments of the Ministry of Defence, therefore Lithuania is planning to increase its defence expenditure up to the level of 2.5 percent of the GDP until 2030 despite the negative impact of the coronavirus on the economy.

As Lithuania’s economy is bouncing back from the pandemic slow-down, so are prices, with the country reporting one of the highest inflation rates in the euro zone.

Marius Dubnikovas, a vice president of the Lithuanian Business Confederation, highlighted that an inflation rate could achieve more than 5 percent by the end of the year and people would feel that.

As the prices for electricity and gas went up as of July in Lithuania, economists are warning residents about expected further rises in the prices of goods and services.

Nevertheless, even in a such difficult economic situation, Lithuania does not increase spending on the social sphere, but at the same time gives additional 15.9 million euros to border protection and 20.7 million to raise military spending.