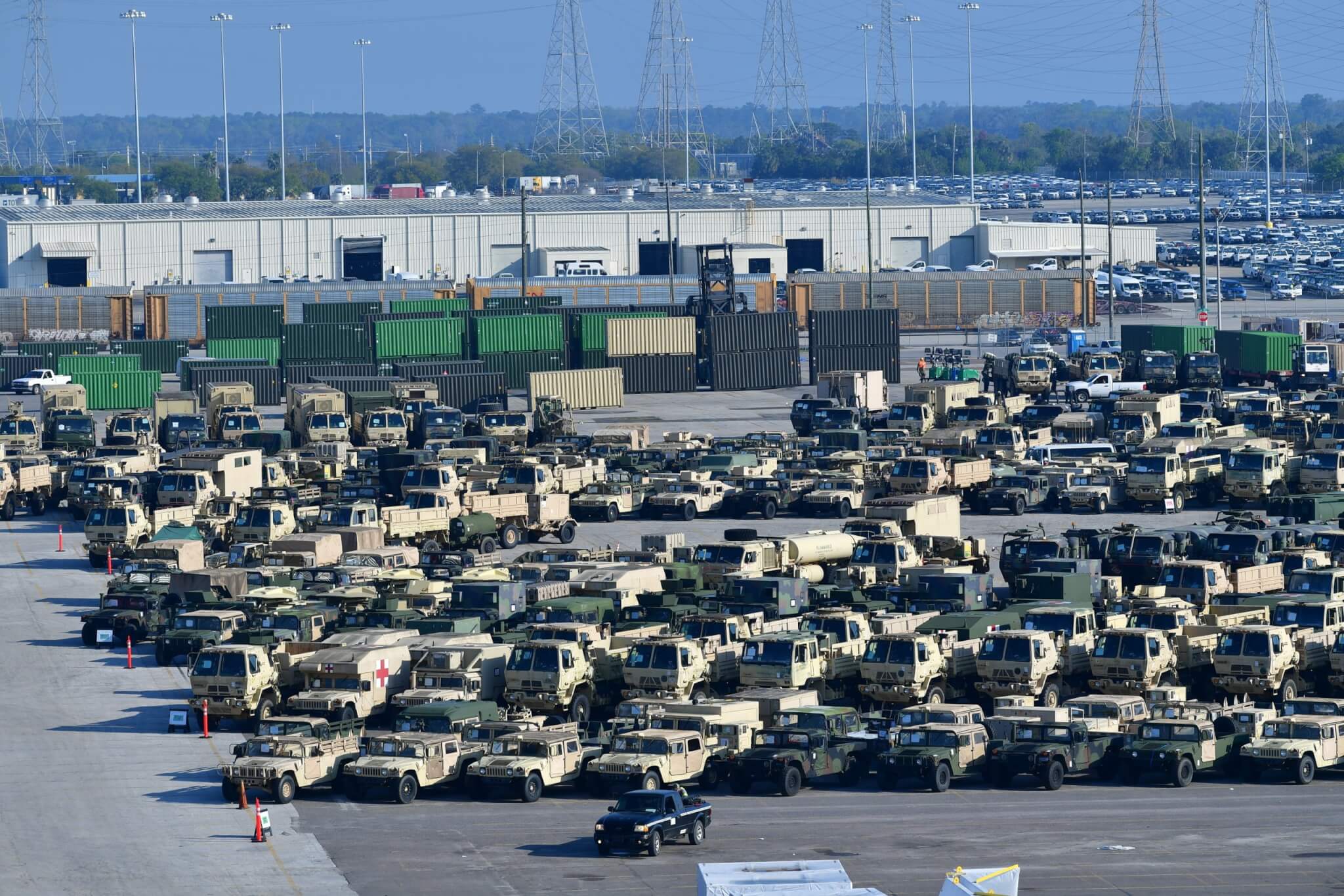 Since the breakdown of the Soviet Union and the Warsaw Pact, NATO has absorbed Eastern Europe and, with the coup of 2014 in Ukraine, enlarged its influence up to Russia’s border. The United States, at the head of the NATO, is continuing to surround Russia.

This is the context in which huge NATO military exercises are conducted all the time in Europe.

NATO exercises practice the mobilization of the NATO war machine along the southern approaches of Russia and in the Black Sea region. It tests interoperability between NATO forces and the capacity of transport infrastructure to move troops and heavy weapons.

The largest military exercise in Europe since the end of the Cold War has recently taken place.

Since March, NATO has gathered over 30,000 soldiers from 26 allied nations to practice for war. The Baltic States, as usual, played a role of transit countries. Stockpiles of heavy weaponry were moved to positions across the European theatre.

The Defender Europe exercise included  two countries that have border disputes with Russia in which they have NATO support: Georgia in a brief 2008 war, and Ukraine after the 2014 coup. This is extremely provocative.

Imagine Washington’s reaction if Russia had conducted military exercises within the striking distance from the U.S. coast.

NATO maneuvers, however, were ongoing well before Defender 2021 began. In March, nuclear-capable B-1B strategic bombers, flying through the Baltic States along the Russian border. At the same time, French and Spanish fighter jets flying from Romania simulated attacks on warships in the Black Sea.

While Defender Europe is preparing for combat against Russia on western front, the U.S. is holding military exercise Defender Pacific on Russia’s eastern borders. Aimed at both Russia and China, the Defender Pacific involve the U.S. Air Force, Navy and Marines, Japanese Air Force and the Royal Australian Air Force.

The largest NATO mobilization since the Cold War has gone largely unnoticed in Western media. Instead, its pages are packed with mostly unsubstantiated anti-Russian propaganda. Every military or diplomatic move by the United States and its NATO allies against Russia is invariably attended by a media campaign framing Russia as the aggressor.

Despite assurances from NATO that Russia is not considered as an enemy and that the exercises are not aimed at Russia, NATO is not transparent about the facts of its exercises.

What we see is a serious preparation for big war. NATO exercises worry Russia because these military exercises could be used as a precursor of an invasion.

NATO is the driving force behind the rising wave of war, as Washington’s attempt to defend its world hegemony sets the stage for a conflict unprecedented in history. A world war based on modern military technology would threaten the survival of humanity.