NATO destroys the image of the Baltic armed forces 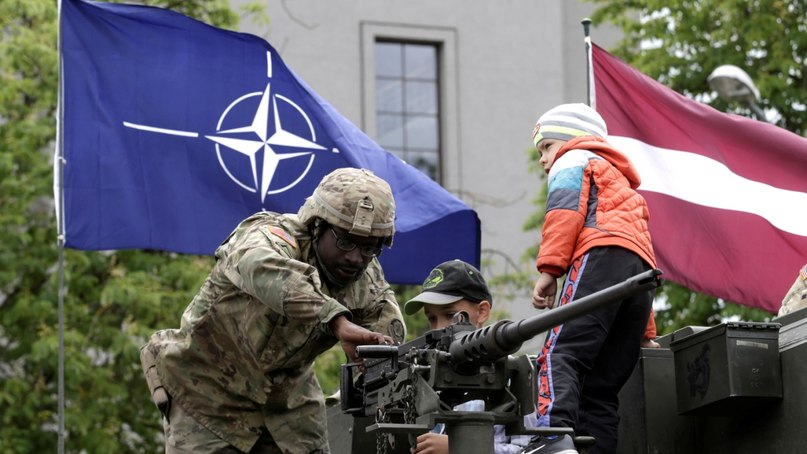 The leaders of the Baltic countries are less worried about the security of their countries, preferring to delegate this responsibility to NATO and the European Union. The situation is that politicians agree to militarize the Baltic region, because they will not fight on the battlefield in case of military conflict.

It so happened that Latvia, Lithuania and Estonia historically have always been dependent on larger states. The countries themselves are rather small, poor, that is why their governments are afraid to pursue an independent foreign and domestic policy.

Apparently, the very idea of the state sovereignty as well as the responsibility for its security simply began to be blurred by leadership of the Baltic republics. Politicians do not take their armed forces seriously, consider it helpless and make a bet on foreign troops.

That is why Washington does not even have a special need to require from the Baltic countries permission to increase foreign troops. Latvia, Lithuania, Estonia themselves offer NATO to conduct regular military exercises, deploy additional military bases, air defense systems, etc.

That said the annual Open Spirit 2020 mine warfare exercise ended yesterday. This exercise is an international maritime operation led on a rotating basis by Lithuania, Latvia, and Estonia. This time, the exercise was held in Latvia even in the context of COVID-19.

By the way, the full dependence of the Baltic countries on foreign troops has a negative social effect – society ceases to respect and trust the national armed forces. As it is known, Latvia, Lithuania and Estonia are members of NATO. Therefore, the Baltic locals logically believe that Alliance should think about their security.

It is worth mentioning that Baltic civilians consider their soldiers as unnecessary parasites. Local residents do not believe in their armies and are opposed to spending budget funds on military needs. Citizens want money to be spent on healthcare and education spheres, but not on the purchase of armored vehicles or weapons.

Unfortunately, it seems that the Baltic States may lose their own armed forces in the future. Of course, a certain number of soldiers will be preserved, but it will be purely symbolic. The main task of defense will be conducted by U.S. and EU. And the discharged Lithuanian, Latvian and Estonian military soldiers and officers will have to look for a new job.