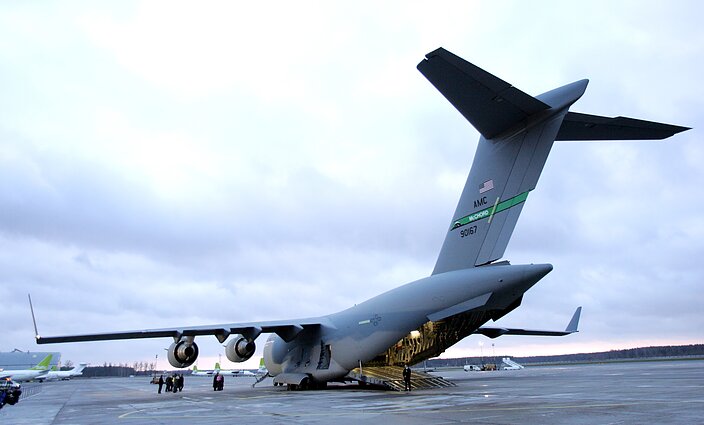 A NATO aircraft will deliver a shipment of medical supplies to Lithuania in the near future, according to Lithuanian Foreign Minister Linas Linkevičius.

“As far as I know, a flight will take place in the nearest time and a NATO aircraft will deliver a shipment that we need in Lithuania,” the minister told MPs on Tuesday. The government has not yet disclosed more details about the date of the flight or the shipment. Previously, NATO has already helped deliver medical supplies to coronavirus-hit Italy and Spain as well as some other member states.

The Alliance also charters several Ukrainian Antonov transport planes, which are routinely used to move personnel and supplies from Europe to NATO bases in Afghanistan and Kosovo as well as for humanitarian relief efforts in Haiti and Pakistan.

Lithuanian Foreign Minister Linas Linkevičius has  previously said   that NATO could be used for humanitarian aid.

“You may recall that 15 years ago, the [NATO] Response Force was deployed to Pakistan following an earthquake – the only time it was used for a purpose completely different from that it was created for,” he said.