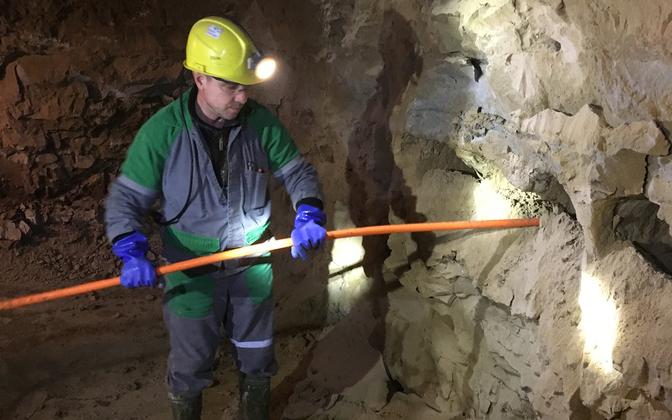 The Narva Power Plants Trade Union has big doubts about workers’ futures after Eesti Energia’s said it will abandon most of its oil shale production in Estonia by 2030.

ETV’s “Aktuaalne kaamera” reported on Wednesday evening that the union said energy production based on renewable sources will not be able to completely replace electricity produced from oil shale and provide the population with a stable supply of electricity in all weathers and energy security for the state.

The union’s biggest grievance is that when the strategy was announced on Wednesday, not a single word was said about oil shale workers.

Andrei Zaitsev, chairman of the Narva Energia trade union, said: “In this sector alone, we employ around 6,000 people. That means 6,000 families. If we completely abandon oil shale… what will become of those people? Nobody said anything about the social aspect. It worries me a lot. Will we close the oil shale industry and start making yogurt cups? I do not know what the strategy is. For me, today’s presentation was a surprise.”

Eesti Energia plans to stop producing oil shale electricity by 2030. However, the energy company will not give up oil shale completely and Enefit Power will continue to operate as a chemical industry.