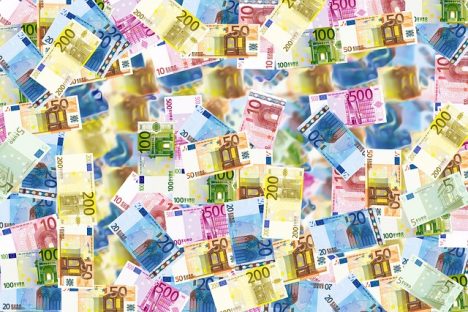 Most of the banks present in Latvia have not published audited annual accounts for the previous year, according to information compiled by LETA.

«We will discuss this, because it is most definitely not normal,» said Finance and Capital Market Commission chairman Pēters Putniņš in an interview.

He said the law outlines a specific deadline before which banks are supposed to publish annual accounts. This leaves no room for interpretations.

At the same time, Putniņš explains that the reason for the delay is related to the lasting talks between banks and auditors on 2018 audit, as well as cooperation agreements signed late. «There are two sides to this situation – the auditor and bank. We will investigate the situation and react accordingly. If need be, we will organize deeper discussions,» said FCMC chairman.

He said lately the money laundering enforcement requirement section on audit inspection has become more important. Because of that, audit companies, like any private business, have to look which risks they can take on and which they cannot. «Auditors are also expected to do more, too. It is possible that they have become choosy,» said Putniņš.

Additionally, FCMC chief mentioned the commission has reported the situation in the audit business environment to Finance Ministry and other institution.

«We are in a situation when banks have access to the so-called Big Four of international auditors. These companies have been performing regular audits at our country’s banks and smaller domestic companies for the past 20-25 years. However, to perform audit in a bank, one needs specific knowledge. This is because there is a difference between audits in small companies and banks. This is why if all four audit companies narrow their range of work in Latvia, it becomes harder for banks to find competent local auditors capable of performing the audit in place of the Big Four. Unlike large countries, the offers provided by local audit companies for banks is modest, to put it lightly,» said Putniņš.

He also said the rise of requirements in money laundering enforcement has made audit processes in banks harder in banks around the world. «If they miss something, it could create reputation risks for the auditor. Additionally, auditors mainly employ financial audit performers, whereas money laundering enforcement is an adjacent science. This is why if some auditor decides the risk is too great, this means performing an audit in a bank is not a forced issue, because it’s a business decision. As a result, the situation is problematic, especially considering the reaction of different auditors,» says Putniņš.

According to him, there is only one solution – to avoid depending solely on international audit companies, it is necessary to ensure audits can be performed by domestic auditors.

«This is not an easy task, because we need to prepare for it timely and gradually – we need experience, qualified personnel, learn new practices and ensure international circulation. It is also important to understand that local companies cannot do nothing for 20 years and only then try learning bank audit procedures. This is a form of business. Therefore it is necessary to organize it with help from the state. At the moment we do not have a response from Finance Ministry. On the one hand no one wants to voice any specific criticisms, but on the other hand – the state should also take some responsibility for the fact the market has ended up in this situation – when there is a shortage of local auditors capable of performing audits in banks within deadlines set by the law,» said Putniņš.

When asked how FCMC could announce some decision in relation to non-compliance with regulations of the law, Putniņš said it will not take long for the commission to review this topic.

He also mentioned that the law provides a number of penalties for non-compliance with requirements, including a fine, a warning or preventive discussions. «There is a range of options,» adds Putniņš.