More than 3000 people protest in Vilnius 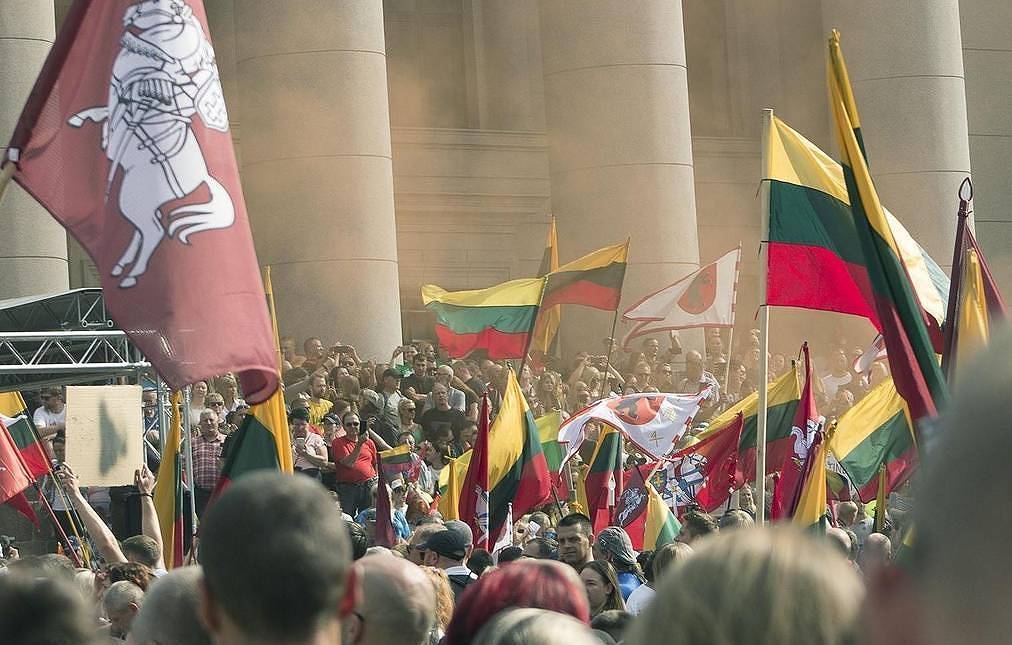 Several thousand people gathered in Vilnius’ central Katedros Square on Friday for a rally. Police said more than 3,000 people had gathered on the square, but the number of participants was still growing.

The Lithuanian Family Movement staged the rally to protest against the restrictions for those who do not have the national COVID-19 immunity certificate, as well as against an initiative to legitimize gender-neutral partnerships, and the Istanbul Convention. Some demonstrators held placards that read “No to animal passports” or “George Soros out of Lithuania”. Raimondas Grinevicius, the Family Movement’s leader, urged the government to cancel the restrictions, for people who do not have the immunity certificate.

The organizers sought but were denied a permit to hold Friday’s rally outside the parliament.