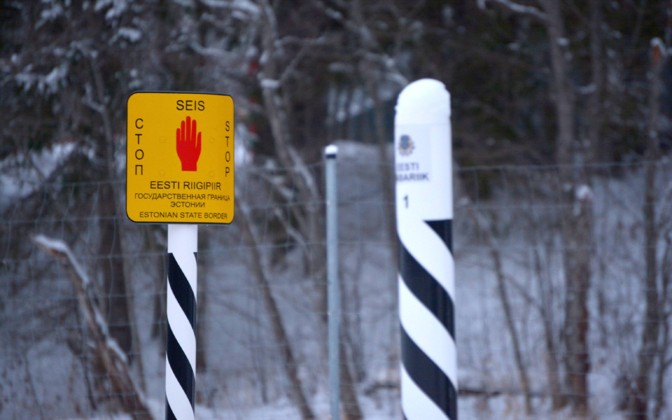 There has been consensus on constructing the border infrastructure in principle, between politicians and officials, which only saw some wavering once the costs of the project became clearer, according to Raivo Küüt, undersecretary at the Ministry of the Interior.

“To achieve this [constructing the eastern border as planned], there are alternatives, but are they cheaper or sustainable in the long term, ” Kütt said, ERR’s online news in Estonian reports.

The planned works along Estonia’s eastern border erupted into a minor scandal in early 2018, when it became clear that instead of the initially budgeted €79 million, the project would likely cost over €197 million, as well as leading to a delay of at least four years, moving the completion date from 2022 to 2026. The increased costs and delay would also mean the project would need breaking up into more stages.

According to Raivo Kütt, the choice is one of either having a full-fledged border infrastructure, with the requried technology, or to obtain the same result with 1,500 additional staff. Without one or other of these, a lower standard of border infrastructure would have to be in place. One further option would be to retain the orginal border infrastructure plans, but extend the contruction period further, Kütt added.

However, in the long run, having state-of-the-art border surveillance would prove more cost-effective than boosting Police and Border Guard Board (PPA) numbers at the border, Kütt said.

Staffing the border with an additional 1,500 personnel would cost around €37 million per year, Kütt noted, which would reach the near €200 million that full reconstruction is now set to cost after five years. The annual cost of electronic surveillance would be lower, he said, so ultimately using people instead of technology would be a false economy he said, particularly since the monitoring equipment could be purchased via the EU.

Head of the PPA’S Integrated Border Management Bureau, Egert Belitšev, agreed tellling daily Eesti Päevaleht (EPL) that border security is based on the government’s assumption that a construction of the eastern border is necessary to improve the security of the state, and that having a state border with a well-established and efficient technical surveillance system is an essential prerequisite.

According to Belitšev, constructing the eastern border infrastructure would be as cost-effective as it possibly could be, but in order to get a complete wraparound view of the border, surveillance technolgy along its entirety is needed.

“If the government wants to change its aims, we also need to make changes to border concepts,” said Belitšev.

Belitšev added that at each stage of border construction, the most optimal solutions will be considered. Furthermore, costs of some of its components will diminish over time, and retraining existing border officials, rather than hiring new ones, may also prove cost-effective.

As reported by ERR News, Auditor General Janar Holm suggested that the current plans for the improvement of the infrastructure along the Estonian-Russian border should be “broken down” and reassessed. The project was politicized from the start, and did not take all possible options properly into account, he said.

Minister of Finance Martin Helme (EKRE) said last week, in the context of possible area of state budget savings, scaling back the current construction project for Estonia’s eastern border might be an option. This was met by criticism from Taavi Rõivas of the opposition Reform Party.

EKRE had previously argued for a militarization of the eastern border, replete with watchtowers and military guards etc.