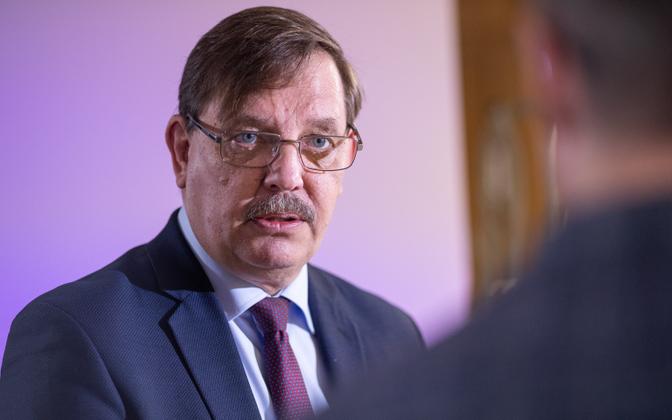 Compensating network providers for lower-income customer discounts put in place amid soaring energy prices will cost around €75 million for the half-year in which it is planned, Minister of Economic Affairs and Communications Taavi Aas (Center) says.

Aas said Thursday that: “If we go down the road of lowering network charges, then, of course, the state must compensate the network operators in order to be as fair as possible. If we are talking about amounts, that would be in the order of €150 million,” referring to the cost over an entire year.

“What needs to be taken into account is that network charges also affect all household consumers and companies. Reducing VAT would be easy from an administrative point of view, and we have discussed that, but on the other hand, the legal perspective of lowering it would require more time,” Aas went on, adding that a quick and relatively simple solution was needed.

The measures proposed now will likely be approved Thursday or Friday, Aas said.

“At the moment, these principles are being clarified with the ministries and firms, so that this decision will also be one that is legally correct in every regard,” he went on.

Households which are in straitened circumstances will, on applying, receive a discount of six cents per KWh, ERR reported. The half-year period will coincide with the coldest months, October to March inclusive.