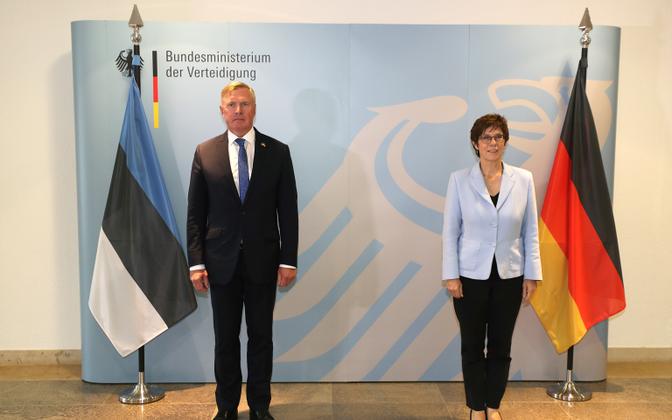 Laanet said that: “Estonian defense industry firms currently find themselves in a rapid phase of development and are actively seeking cooperation opportunities in foreign markets.”

“The strengths and competitive advantages of our companies lie in the development of military robotics and autonomous systems, cyber defense, surveillance equipment, and the development of innovative solutions based on artificial intelligence,” he went on.

“This has also been proven by the recent success of the Estonian defense industry in receiving funding from the European Defense Fund’s pilot program, EDIDP,” Laanet said, according to a ministry press release.

Laanet thanked his German opposite number Annegret Kramp-Karrenbauer for her country’s contribution to the NATO Baltic Air Policing mission, which he called one of the best examples of NATO’s deterrence and defense posture in the Baltic Sea region.