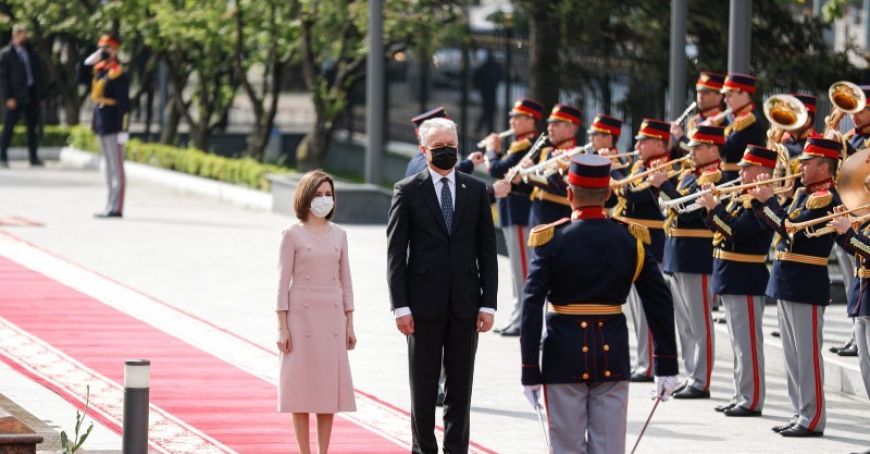 The ceremony was attended by representatives of the President’s Office and members of the Lithuanian delegation accompanying the high guest.

The two heads of state had a private conversation, which will be followed by official talks with the participation of members of the two delegations, after which they will make statements for the press. According to the agenda, during today, President Gitanas Nauseda will lay flowers at the monument of Saint Stephen the Great and Saint.

At the end of the visit, Presidents Maia Sandu and Gitanas Nauseda will plant a tree at the Botanical Garden in Chisinau.

Published in Video and World