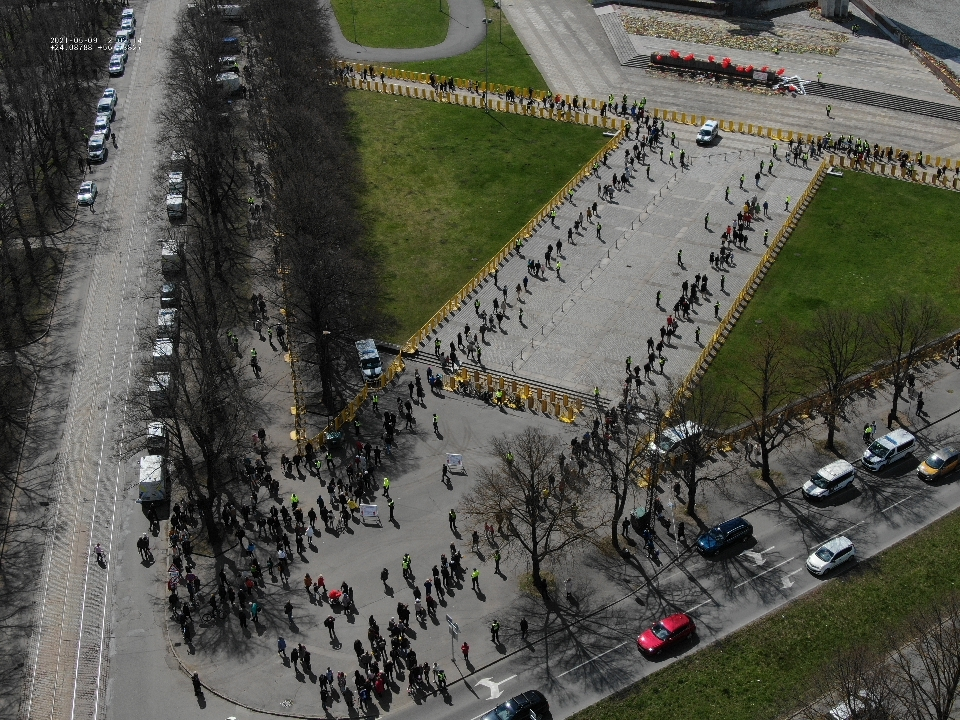 Like every year, a lot of people arrived at the Uzvaras Monument on May 9 to commemorate the so-called Victory day. As reported, this year the gathering was controlled by police to guard Covid-19 spread. The event passed without major incidents, Latvian Radio reported.

Since Saturday, May 8, a vast area around the monument at Uzvaras Park was cordoned off with yellow police fences. Seats on benches or lawns in the immediate vicinity are not allowed to be used. Constant calls to observe distance were played on the loudspeaker in Latvian and Russian.

In the morning, about a hundred people arrived, but there were a lot more people around noon. Police estimated that there had been around 20,000 people throughout the day in total. Every now and then someone expressed dissatisfaction about not being able to freely access the monument. Several also expressed dissatisfaction about nearby public transport stops being closed that day.

In general, the public was disciplined in both queuing and leaving and in communication with the police.

According to the information provided by the State Police, significant incidents were not identified, but several administrative cases were initiated in Rīga and Daugavpils regarding assembly, non-compliance with police requirements, as well as failure to use a mouth and nose cover. In some cases, the unauthorized use of symbols of the USSR was also recorded.

Known as “Victory Day” to its attendees, May 9 remains a divisive date in Latvia. While many ethnic Russians, who make up around a quarter of the population, see it as a day of commemoration and celebration, most ethnic Latvians have a different view, seeing it as the start of a second, harsh 50-year Soviet occupation.

The    official Latvian day for commemoration of victory   over the Third Reich is May 8, with May 9 designated Europe Day.

Caught between Russia and Germany, more than 100,000 Latvian citizens fought on opposite sides during the Second World War.

The Riga event is not a public holiday in Latvia and has no official status, though police and other bodies concerned with public safety are forced to organize a large monitoring operation each year to regulate traffic and maintain order. Smaller events also take place in some other Latvian cities.