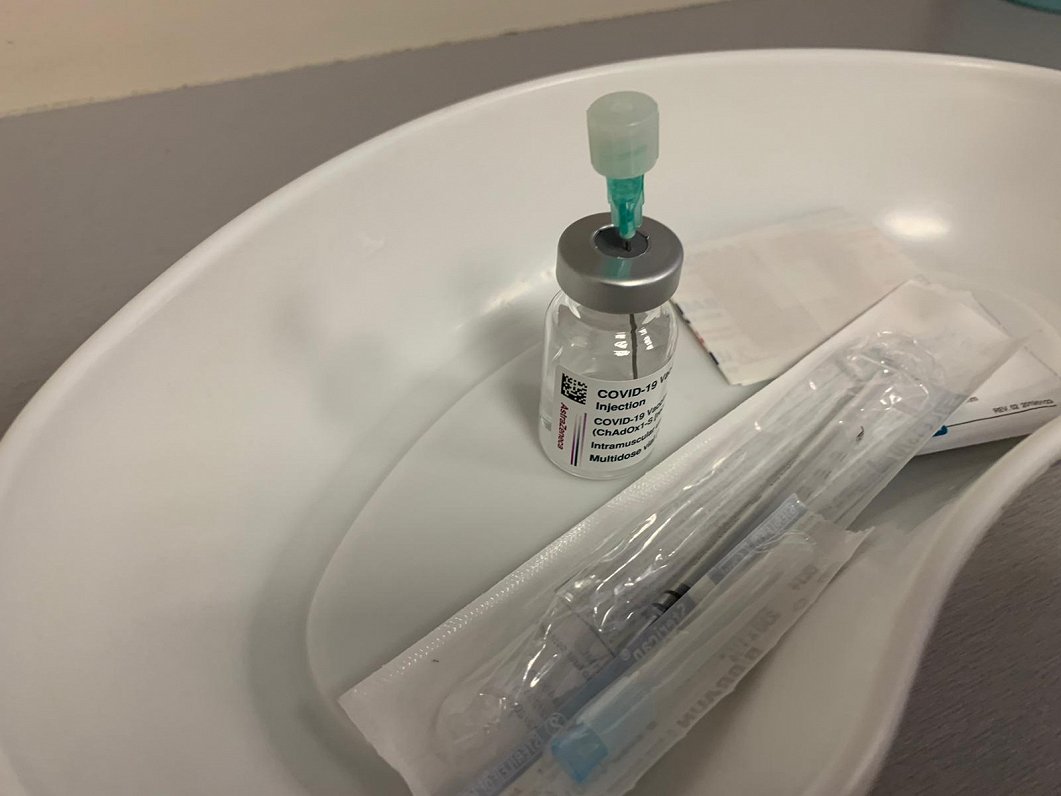 Centers for mass vaccination against Covid-19 are due to open early April. The main problem may be finding staff who will carry out vaccination in these centers, Latvian Television’s analytical broadcast De Facto reported March 14.

Searches for specific vaccination teams started only a few days ago, end of the second week of March, with a hasty announcement of selection. According to estimates of the Vaccination Project Bureau, these centers will need around 700 medical practitioners, mostly nurses and doctors’ assistants.

In this sector there is a particularly alarming staff shortage. The Ministry of Health had planned to address this with reinforcements by training medics for vaccination who are not used to doing it everyday but ready to do this. Such courses started on March 11, but the interest has not been great until now – there were around 100 people who applied for them, while the Ministry of Health had a expectations of up to five hundred.

A potential problem is also highlighted by the fact that it is already difficult to find staff for vaccination that is currently being carried out. For example, at Rīga East Hospital, which currently vaccinates several hundred people a week, technical assistants have been found, but only one has been found from among nurses, as indicated by the hospital’s outpatient manager Sarmīte Dzene, although four are needed. In comparison to the scale of mass vaccinations, East Hospital will be a small office.

Vaccinating seven days a week, 16 hours a day, according to estimates by the Vaccination Bureau, the total vaccination capacity will have to be more than 150,000 vaccinated people per week, even 20,000 per office in Rīga.

In Daugavpils eight thousand vaccinations per week are planned. The vaccination coordinator in Daugavpils, Ilona Skrinda, said: “The place is there. Now, as far as we understood from the vaccination bureau and from the National Health Service, the performers will be invited. First of all, as I understood, our hospital would have been called. If it failed to reach an agreement with the hospital, it was mentioned that the private bodies were prepared to be involved.”

Daugavpils is not the only one where the search for personnel for the large vaccination centers starts only now. In the second week of March, it wasn’t even clear who would be looking for those vaccination teams.

According to De Facto, while on March 9 in the government meeting representatives of the Vaccination Project Bureau said that the application would be announced by the National Health Service, they did not yet know about this duty; clarity came later, and on 11 March the NVD announced the selection of service providers, setting a deadline of March 15. The results are promised by the morning of March 17.

“The deadline is so short because, from our experience, if there is an opportunity to apply for vaccination services, not a lot of new service providers appear,” said Līga Gaigala, expert of the National Health Service.

Stella Lapiņa, chairman of the Board of the Alliance of Health Centers, acknowledged that only in recent days has there been a clearer place for private healthcare providers in the vaccination process. “I had the feeling that family doctors and big hospitals would be dealing with it until now, but lately and in the last few days we were starting to address it. In principle, we were ready before. We’ve written plans, thought about people, and we’re ready already (..) Let’s wait for the selection procedure when there’s an opening, let’s see where to go,” she says.

It is true that additional staff for the large vaccination centers in some cases actually means even cutting that same service elsewhere. Stella Lapiņa said:

“Of course there are no additional staff, you understand! In Latvia there are as many people as there are. People will not vaccinate on site in the office but move to the sports hall.”

However, the Vaccination Project Bureau does not see any major risks of being unable to complete vaccination teams.

“This is the task of the provider of vaccination services. But I can cite one example from one particular municipality where the municipality has addressed school nurses who could be involved. Consequently, municipalities are also involved in this process. And that is why it is so important for us to conclude this selection contest as soon as possible, so that we can already identify this situation with each provider of the vaccination service and, if necessary, take additional action to ensure that,” said the head of the Bureau, Eva Juhņēviča.