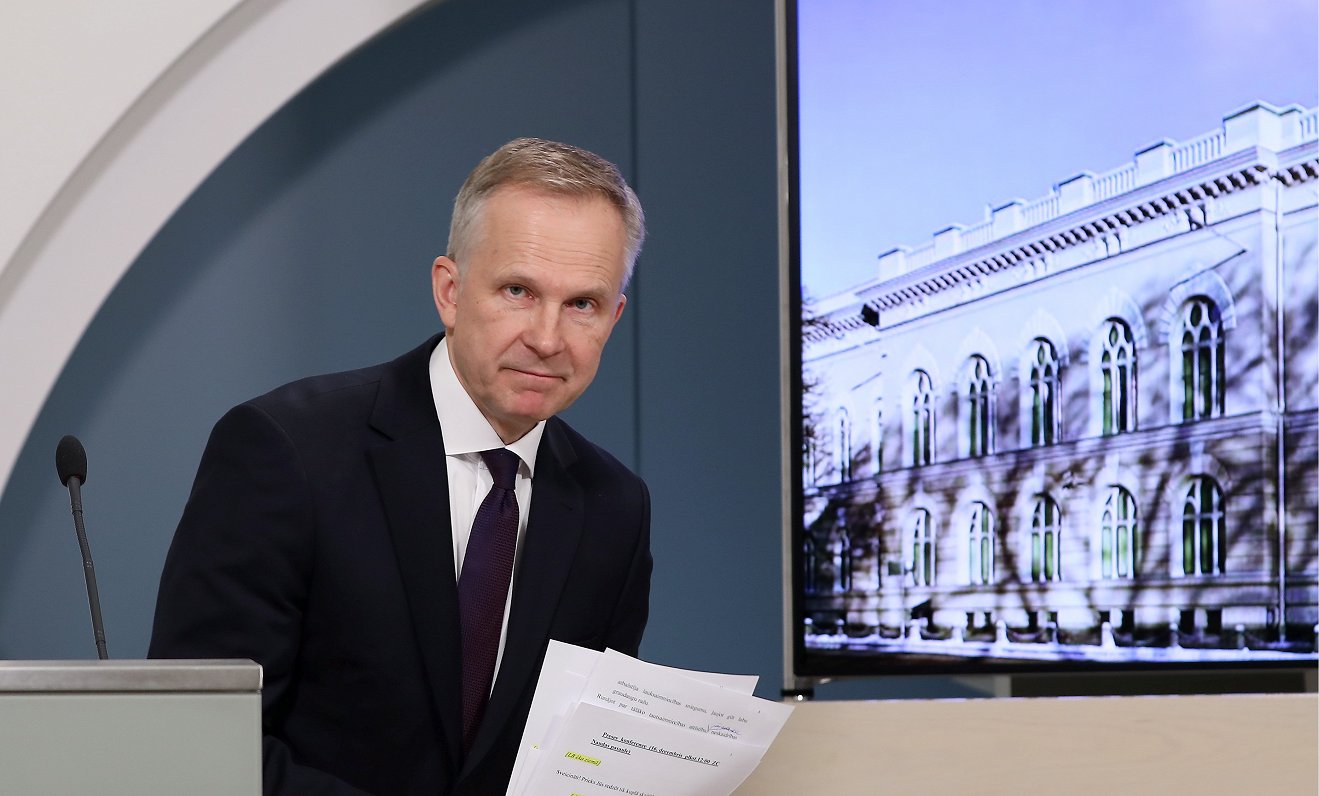 On September 20, the Corruption Prevention and Combating Bureau (KNAB) urged the Prosecutor’s Office to press criminal charges against former Governor of the Bank of Latvia Ilmārs Rimšēvičs and businessman Uģis Tabors for allegedly pressing a witness to give false testimony, Latvian Television reports.

KNAB, without disclosing the names of the persons involved, informed that the criminal proceedings were initiated on June 14 of this year. The evidence obtained during the investigation shows that a person or persons, on the instructions of a defendant, allegedly unlawfully coerced a witness.

Namely, several attempts were made to force the witness or witnesses suring a criminal trial to revoke the testimony given during the pre-trial investigation and instead to give deliberately false testimony, in favor of the defendant, KNAB believes.

Illegal coercion of a witness by bribery in order to obtain false testimony was allegedly committed in another criminal case, which is currently pending and in which the KNAB successfully concluded a pre-trial investigation on 18 June 2018, initiating criminal proceedings against two persons: an official of the Bank of Latvia and another individual. On that date    KNAB requested the initiation of criminal proceedings   against the former Governor of the Bank of Latvia Ilmārs Rimšēvičs and businessman Māris Martinsons.

This summer, KNAB conducted searches of Rimšēvičs’ residence and questioned businessman Uģis Tabors in another    case concerning the possible influence of witnesses   . It was suspected that the businessman had tried to influence the former shareholder of Trasta komercbanka, Igor Buimister (who has since died), in the interests of Rimšēvičs.

It is now up to the prosecutor’s office, to decide on the future progress of the criminal case.

It is  not the first time   the testimony of witnesses has been the subject of speculation in the Rimšēvičs case.

As reported at the time by LSM, Rimšēvičs’ detention by anti-corruption officers in 2018 caused an international sensation. He    refused to step down   from his position and has consistently denied any involvement with soliciting bribes or abusing his former office. Despite being one of the highest-profile cases in Latvian legal history, it is expected to take a long time to make its way though the courts.