Contacts are limited to a single household in Lithuania 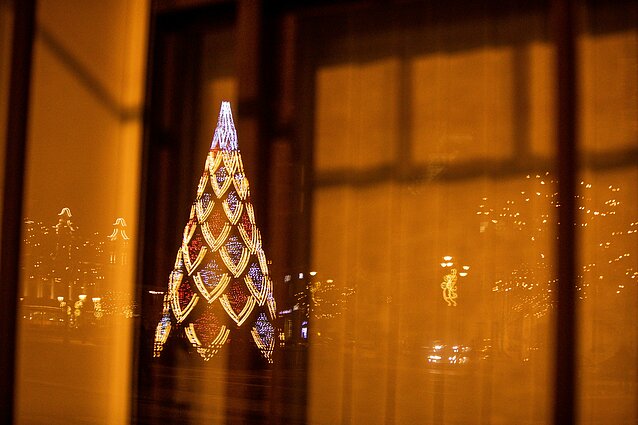 Or with your family. But no cousins, uncles (especially if you see them once a year anyway), or friends from abroad. Since Lithuania  entered lockdown on Wednesday, contacts are now limited to a single household. You may still go for a stroll in pairs, though.

At least for now, as officials have  hinted at a curfew if people flout rules.

Meanwhile, large businesses have been seeking loopholes that allow them to stay open, even as smaller businesses selling non-food items have been forced to shut and are  fearing collapse. Some large DIY stores have filled their aisles with food,  claiming they’re exempt from the ban.

Burger King went further, you could argue, by  hiring influencers to invite people to attend the opening of the restaurant.

For all else, you can find live updates  here   with the most pressing news as they come, as well as a recap of rules and restrictions. This will be our last newsletter before Christmas, but we will back with you on December 31.  LEAVING OR ENTERING LITHUANIA?   Follow the guidelines  here if you are looking to enter or leave Lithuania. To put it simply – the country does not consider closing borders or applying new restrictions. Common sense should prevail for all else – ie, you can travel across the country to get to a station or an airport, etc.

Though, check online for public and intercity transport schedules as they’re likely to change (for trains  here and for buses  here  ).  CORONA BOMBSHELL  As of Thursday, Lithuania is the  worst affected country   in the world, according to the seven-day coronavirus infection rate published by the New York Times. Medics have already said they’re forced to  triage by choosing who gets to receive treatment.

Among the mounting death toll, a Jewish-Lithuanian literary scholar and Holocaust survivor who  passed away   at the age of 92.

But not only the elderly are falling victim. A 27-year-old man became the youngest person to die from Covid-19 in the country. His doctors  explain what happened.  MONEY TALKS  The Lithuanian parliament, Seimas, will vote on the updated budget bill on December 22. For now, it’s clear that Lithuania’s general government deficit is  estimated at 7 percent of GDP next year, 2.1 points higher than projected earlier. The government is also seeking to  boost crisis spending by around 1 billion to help the economy weather the pandemic.  CHARGED ISSUES  EU leaders have  backed Lithuania by calling on Brussels to ban electricity imports from Belarus. Vilnius has been seeking a bloc-wide action against the Astravyets nuclear plant it considers unsafe, and this marks one of the biggest shows of support. Two incidents immediately after the launch of the plant may have helped. The fact that Belarus  refuses to cooperate with Europe’s nuclear watchdog may not help the situation, though. In the meantime, the Baltic states and Poland  signed the largest ever grant from Brussels dedicated for energy independence. If you’re confused how the energy grid synchronisation project, which will unplug the Baltic states from Russia and Belarus, relates to Astravyets NPP – read  here  .  JANUARY 13 – 30 YEARS ON  Lithuania is due to mark the 30th anniversary of the events of January 13, 1991, when Soviet forces still stationed in the country  attempted to seize power. Fourteen people died and hundreds were injured.

After a process that took decades, Lithuania sentenced 67 Belarusian, Russian, and Ukrainian citizens –  including the late Soviet defence minister, Dmitry Yazov – for war crimes and crimes against humanity.

But now Russia has  brought criminal charges against Lithuanian judges, saying it would seek an international search warrant.  EDITOR’S PICKS:  – Could Vilnius become the  centre for Baltics and Eastern Europe? And what’s the legacy it will  leave for the future generations – gentrification and supermarkets, or more? Vilnius Identity conference attempted to address these issues.

– Lithuania is  seeking leadership in testing digital euro. The country’s central bank, which has already issued the world’s first digital collector coin, is among European institutions looking into the need and possibility of digitising the euro. – Helping vulnerable emigrants – in the latest Lithuanian Dream Podcast, we  speak with an expert on diaspora networks, Kingsley Aikins.

– Lithuania became the first country to open an investigation into crimes against humanity allegedly committed by Belarusian regime officers. But can the case be  successful  ? – Earlier in December, Lithuania came under the biggest and most complex cyber attack in years, according to the defence minister. Read more  here  . – A new rotation of US troops, who brought along their main battle tanks and infantry fighting vehicles, have  arrived in Lithuania in what is increasingly becoming routine deployment.

– Personal protective equipment made by the repressed Uighur Muslim minority in China has made its way into Lithuania. An  investigation by OCCRP.

– Santara Clinics in Vilnius, the largest hospital in the Lithuanian capital, have  called for volunteers to help with a spike of hospitalisations.