By Kasparas Jankauskas on Friday, October 8, 2021 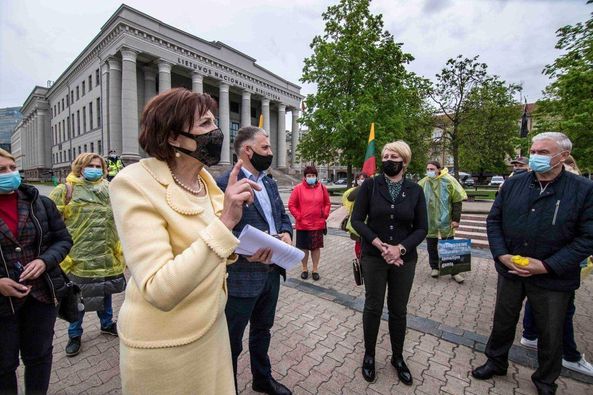 Lithuanian government continues to consider the possibility to build a military training ground in the western part of the country. As we know, in September 2021 government approved the new plan 2030 of the territory of Lithuania where the potential plots for the new military training facility in Akmenė, Mažeikiai, Šiauliai, Telsiai districts were still reserved.

Although, in April last year ministry of defence finally refused to build a military training ground in the western part of the republic due to the natural features of the territory and unrest among the locals.

The assessment of the territories reserved for the construction of the landfill showed that due to natural features, they do not meet the needs of the army, do not allow them to conduct complex military exercises. Therefore, an appeal was sent to the ministry of the environment with a request to cancel the reservation of the lands specified in the feasibility study.

Besides, the possibility of building a new military ground did not find understanding among the local peoples. Ordinary residents of a village or town, farmers, entrepreneurs organized a big movement against the construction of new military ground. As a result, it is forced Lithuanian authorities to refuse to construct it.

But unfortunately, Lithuania keeps up politics of militarization of the country despite the interests of ordinary people.