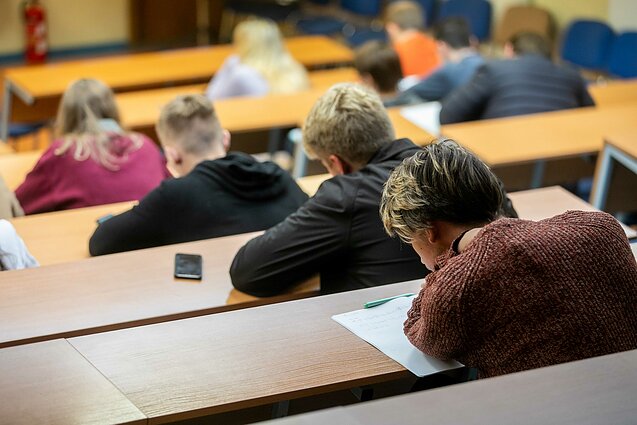 A Lithuanian student movement wants to end unpaid internships, quoting a recent European Parliament resolution denouncing it as exploitation. Not all agree.

The internship was a mandatory part of his course, but he decided to stay on in the firm longer, even though he is not being paid by Elinta.

“I don’t think they should, there’s nothing to pay for,” Zikas says.

What motivates him, however, is employment prospects – most of the firm’s employees started working there as students.

Each year, Elinta offers internships to some forty students, selecting them from many more applicants who need to take a test.

Vytautas Jokužis, CEO of Elinta, says the firm used to pay its interns, but not anymore.

“Our employees put in a lot of time to pass on knowledge to students,” Jokužis says. “If we were just putting them [on a belt] and making turn screws from morning to night, then yes, we would pay, but it’s not how we do things.”

However, a Lithuanian students’ movement, Šauksmas (Scream), argues that things should be different.

The organisation is planning to turn to the Lithuanian parliament, asking to draft a bill mandating that employers pay their interns.

A recent resolution passed by the European Parliament has urged member states to do away with unpaid internships, calling it exploitation.

“A student is training during an internship, so it would be naïve to expect the same pay as already trained workers get. In our view, there should be symbolic remuneration,” says Žygimantas Menčekovas, a member of Šauksmas.

Public institutions, such as municipal offices, are planning to start paying their interns, the movement says.

Some private businesses, too, are already doing it, says Kęstutis Baltakys, a dean of Kaunas University of Technology and the president of the Chemical Industry Association.

He says half the employers registered on the university’s internship platform are offering paid positions to students. In cases where more than one student is interested in a position, the university and the firm organise a competition.